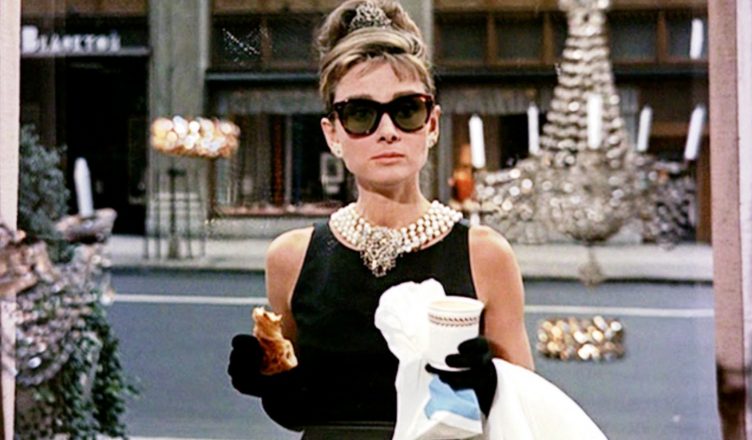 From tartan blazers and knee high socks to Vivienne Westwood wedding gowns, take a look at some of the top iconic fashion moments from our favourite films.

Whether you’ve seen this movie or not, you’re sure to be familiar with the dress that formed one of Marilyn Monroe’s most iconic looks. The famous scene where Monroe poses standing over a New York subway grating has inspired many fashion editorials, fancy dress outfits and pop culture references, making it one of the most memorable fashion moments in history. Androgynous fashion may be bigger than ever, but lest we forget one of the trends pioneers. The character of Annie Hall, played by Diane Keaton, has become a household name for merging femininity and masculine styles, resulting in an army of loyal followers including fashionista Alexa Chung and fashion editor Pandora Sykes. Sex and the city

While the movie spin off might not hold a candle to the original HBO series, there’s no denying that both deserve an award for their fashion choices. Stylist Patricia Field worked on the costume for both the TV series and first and second movie, and did a great job each time. From Carrie’s eclectic style to one of  the most extravagant displays of designer wedding gowns, Sex and the city is a strong contender in the movie style stakes. Who doesn’t love a bit of 90’s fashion? Tartan blazers, over the knee socks and pleated mini skirts are just some of the many nostalgic trends seen in cult classic, Clueless. According to the movies stylist Mona May, many of the looks created in Clueless consisted of a mixture of designer fashion and vintage thrift store finds. To this day, Clueless remains a big source of style inspiration for fashion designers and even app creators, bringing us modernised versions of Cher’s interactive closet! Standing outside Tiffany’s eating a pastry and drinking a coffee, Audrey Hepburn’s character Holly Golightly formed a fashion moment that still has a massive influence today. Paired with huge sunglasses and glamorous jewellery, the black Givenchy gown worn by Hepburn was hailed the best movie dress back in 1961, and is a perfect example on how to wear an LBD.

From John Travolta’s smart gangster attire to Uma Thurman’s statement look, Pulp Fiction is a masterpiece when it comes to style. Thurman’s role as Mia Wallace features the most recognisable look from the movie, showing us that sometimes all you need is a white shirt, black trousers and a bold red lip. Wes Anderson’s movies are a visual feast in themselves, so it’s no surprise they feature some impressive fashion moments. The Royal Tenenbaums most iconic look is brought to us by character Margot, played by Gwyneth Paltrow. Margot’s fur coat, brown loafers, Hermes birkin bag and signature black eyeliner have been recreated on runways for years, and has even become a popular halloween costume idea.