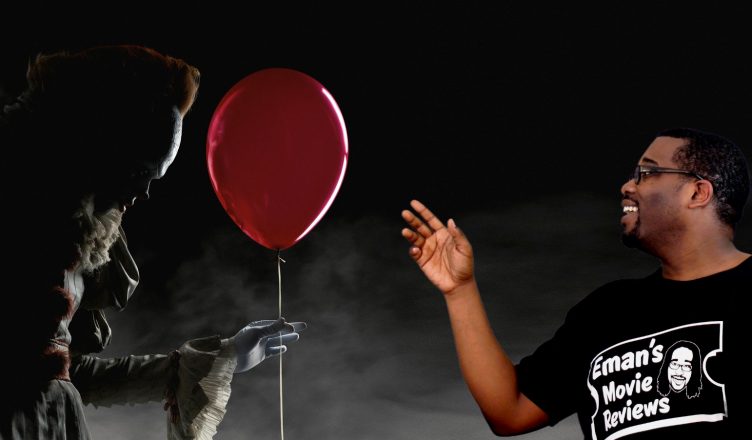 It is a movie that adults to this day will claim was the primary cause for their fear of clowns. If you’re an adult in your 30s-40s, then you probably fall into that category. You probably also saw “It” when you were a young child as well.

The R ratings for films in the 90s could probably easily pass for a rated PG-13 film by today’s standards. We’ve grown to be more desensitized  of adult language, violence, and adult situations. So it’s only natural that as our standards shift and change into adulthood, we will pass on those standards to our children.

If you wanted to get a spoiler-free review of “It”, feel free to watch the review below.

My 10 year old, 5th grade daughter came up to me and asked me an interesting question. She said,

“Daddy, do you think it’s appropriate for someone my age to watch that It movie?”

I replied back to her, “HELL MotherF*#&@ing, No it’s not appropriate!” (At least, that’s what I wanted to say to her. ) I told her that the movie wasn’t suitable for someone her age for a number of reasons (I’ll get to that in a moment). The main reason was that she’s not allowed to sleep in me and my wife’s bedroom due to her being scared out of her mind. I then asked her what prompted her to ask me that question.

She said, “A bunch of kids in my class said that their parents are taking them to see the It movie.” At this point, I had to get this off my chest because as a movie critic, I often times get asked this questions about movies.  One of those questions is whether the film is suitable for their children or not.

This is the point where I put on my “non-judgemental hat” on. All I can do as a professional movie critic is simply tell someone what type of content is in a movie. That way the parent can make their own judgement on whether or not they should bring their kids to see a movie. It’s not my place to raise other people’s children, nor is it my place to tell parents how to raise their kids. I know I certainly wouldn’t appreciate being told what to do with my kids.

(WARNING: Be advised that the following contains MILD spoilers for “It”.)

In the opening scene of the It movie, you’ve got an opening scene where a child gets their arm brutally ripped off from the limp. Blood gushing everywhere. In another scene you’ve got innuendos of sexual abuse and pedophilia, and the over sexualization of preteens. You’ve also got a number of instances where the children are dropping F-bombs and making really crude, adult jokes.

Okay, now let me take off my “non-judgmental hat” and put on my “Parental judgement hat”. Given what I previously described for the movie “It”, I want parents to think about a few things. Many of the topics I mentioned about the movie are also inappropriate for children in the public sphere. I’m mainly talking about in school. Children are usually not allowed to use foul language, engage in sexualized behavior, or the like. Those are the things that typically get children in trouble. Since we all know that children are like sponges, and they absorb a lot, we simply have to be mindful of what we’re exposing them too. Because just as with any sponge, some of that stuff will eventually leak out.

Which brings me to my next point. While you may be raising the nicest, sweetest and most innocent kid in the whole wide world, you can’t protect them from everything. If you’re a parent, you may have already experienced a situation where your child comes home and says or does something out the ordinary. Maybe they picked up a new phrase, or they start doing something that completely bewilders you. First thing that comes out of your mouth is “Where did you learn that?”. Well, odds are that they picked up whatever that was from that other kid in school. You know, the kid at school who’s parents allow them to do and watch certain things that are typically not appropriate for their age.

The Real Monster Isn’t The Clown I suppose I could understand why some parents allow their children to watch ghosts or monsters in movies. It’s easy to just dismiss those things as just make-believe. However, the It movie introduces elements of pedophilia and sexual abuse. In the movie a pharmacist makes a few comments in a manner to flirt with an under aged girl. Later in the film, we’re introduced to a father who clearly has dark, sexual motives for his own daughter.

These are the real life monsters that we should be protecting our children from seeing. It’s obviously an unfortunate reality that a family member could be the perpetrator of sexual abuse. However, the real question is do you really need your kids to even entertain that notion visually? Does your little girl really need to think that there’s a remote possiblity that daddy may want her to be more than just his “special little girl”?

Being a parent is tough. There is no manual. What you do in your own household is your business. How you decide to raise your child is completely your business and your right. If you’re a parent considering to take your child to see “It”, then odds are that “It” wouldn’t be the first rated R movie your child has seen.  In my opinion, the It movie should be seen by teens and older. Since I obviously can’t stop you from taking your kids to see “It” I would only ask this: Please be sure to talk to your kids after the movie. I don’t mean just “Hey what did you think of that?”. Ensure that your kids know that a lot of the things they saw shouldn’t be replicated or repeated in school or around other children. If you’re already doing that, or if you’re kids know better, then completely disregard all of this. You’re clearly doing a much better job as a parent than the rest of us.