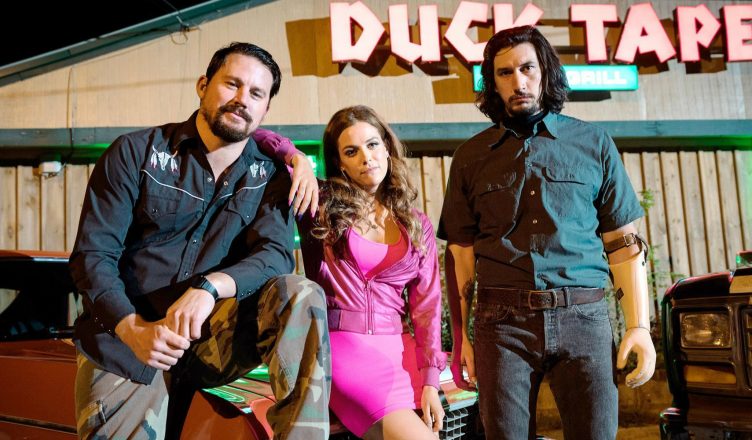 The Logan Lucky trailers were quirky yet bland enough to not show you too much, of what was going to be the actual driving force of this heist comedy. This is a good thing, because while Logan Lucky is obviously a heist movie, you are really going in without the idea of what is actually going to make this film good.

It’s not some thrilling action scenes, that drive so many superhero movies and blockbusters, it’s not it’s super nifty plot, that twists and turns at every moment, but it is in the important “little things” that makes Logan Lucky such a good movie.

To start, the accoladed A-listers that make up this film were at their absolute best of acting, as Daniel Craig, Channing Tatum, Riley Keough, Seth Macfarlane (and just about everyone else) in this movie gave some of the best performances I have ever seen them give. Channing Tatum showed more than just his comedic talents, as his character perfectly embodies, dry humor, passion, and intrigue, while Daniel Craig gives us his most off the wall and absolutely hilarious role to date.

Riley Keough shows us why she is probably going to be cast in many more movies to come, while Seth Macfarlane seriously hilarious “douchey”  character reminds me of how insanely multi talented he is. The acting of this movie is by far some of the best of the year, as the director did an excellent job at making the very ordinary of this film, extremely well done and entertaining to watch.

With a plot as bland and saturated as some West Virginians pulling off a heist, Steven Soderbergh made the ordinary beyond entertaining and interesting as he directed what may be one of the best movies at doing the “little things” right all year.

Other than the acting, the other main driving force of this film, was in it’s super witty writing and comedy, that is probably the reason this movie has scored so high with critics. It’s not that you have to be smart or anything to enjoy the humor, but it is in the way the humor and entertainment is presented that made it so unique and funny to watch.

So much of the humor was beyond the film trying to be funny, or even being obviously funny, that it’s like the whole film (even the un-spoken portions) are entertaining and fun to watch on their own.

This is probably due to the excellent directing skill of Steven Soderbergh as I would be shocked if Logan Lucky doesn’t earn some serious nominations for it’s directing.

While there is no serious negative of Logan Lucky that anyone with a decent sense of humor could honestly pick out.  I would say that there is a thing or two that has to go almost too perfectly well for the heist to be realistic.

Without spoiling anything, there are a few things that have to happen absolutely perfectly, that if one were too look too closely, they could end up being like ok that is not realistic at all.

However if you generally enjoy movies, and realize this isn’t an actual real life event, then you should be able to get through these moments without a hitch of disappointment (probably because you will be too entertained to care). Logan Lucky reminded me of what truly makes movies great. As it does so in the way of great storytelling, even better acting and super witty comedy that shines through the whole film. These factors are what make it much more entertaining and interesting than all of the other heist films that have been done over a couple dozen times.

Steven Soderbergh shows his true directing talents, as he makes just about every scene in this movie fun and/or interesting to watch, even without large action or insane plot twists.

Channing Tatum, Daniel Craig and others give some of the best comedic performances of the year, while Seth Macfarlane and others give us even more entertaining supporting carriers.

Bottom line, Lucky Logan excels at the “little things” so well that this movie is truly great without the need for expensive action sequences or other blockbuster content that most feature films depend on nowadays.

Who knew a movie that takes place in a tiny town of West Virginia could be so fun to watch?

2 thoughts on “REVIEW: Logan Lucky Is Good At What Makes Movies Great”