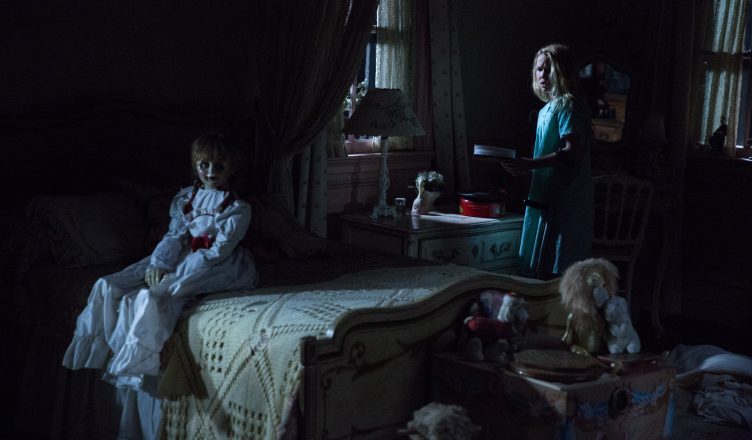 Annabelle: Creation caught me completely off guard. The previous Annabelle film felt a bit lackluster in terms of how scary it was. However, this next chapter took it up a notch.

I have to start off by giving a lot of props to director David F. Sandberg. He has appeared to elevate his skills as a director in Annabelle Creation, and seems to have been influenced by James Wan’s cinematic techniques as well. One of the best aspects of the film was the use of camera work to work with the shadows in many of the scenes. Having the audience peer into the darkness and let their imagination run wild is simply a great tactic for horror films. This really became a strength of the film especially when we couldn’t really make out what the evil spirit actually looked like. Let me also just say, that the evil spirit in this film is just so damn disrespectful!

Sandberg also used the classical skill of utilizing the sound and volume to elevate many of the scary scenes. I think it’s safe to say that he also did a really nice job of executing jump scares throughout the film. They weren’t entirely predictable and even when you knew they were coming, they still scared the hell out of you.

I loved the way how the haunting of the evil spirit leaves you feeling entirely out of control. You either have to watch the scary madness happen, or turn away and cover your eyes. It also really helped that the spiritual entity mixed things up a bit. There wasn’t just a single way that it would come and attack or scare characters.

This film delivers some fun easter eggs that will surely hint at past characters, or even future movies to come. More specifically, Annabelle Creation connects the story of some of the past Conjuring movies. (So feel free to rewatch The Conjuring after seeing this film.)

This wasn’t the worst thing in the world, but I was a bit disappointed with some of the earlier setups and foreshadowing that occurred in the film. For example, you’ll notice early in the movie how the camera will focus on an object for an extended period of time. That’ll be followed up by a character looking at that object almost a bit pre-spooked by it. Well, it doesn’t take a rocket scientist to realize that we’re going to see that spooky object again later in the film. I completely understand the need for the foreshadowing, I just wish it was done in a bit more creative manner.

It’s really hard to have these types of horror stories without a few plot devices that, unfortunately, still make our eyes roll. For example, I wasn’t really happy with Anthony LaPaglia’s character “Sam Mullins”. While his acting performance was fine, I just thought that the writing for his character fell a bit short. There are times when he interacts with other characters, and his reactions to certain news seem out of place and disingenuous. Of course, with almost any horror film, you still have the ridiculous characters who still feel the need to investigate things when they good and well that they shouldn’t. This is to say especially after the characters have already witnessed things that should’ve convinced them to run away before. (I’m looking at you “Linda”)

Annabelle Creation left me rather impressed. Honestly, I went in with really low expectations because  the other spin-off films (from the movies James Wan directed) just haven’t panned out in my opinion. David F. Sandberg really had me worried because while I loved the original concept of his previous film, Lights Out, I didn’t think that it was executed very well. Lights out just incredibly predictable, cheesy, and formulaic as a horror film. But this…Annabelle: Creation…Sandberg, I think, gets it now.

Annabelle Creation has given me new hope that future spin off films in this franchise have the potential to be good. Warner Bros has done with the horror franchise similar to what Marvel has been doing with their cinematic universe. This is essentially what Universal’s “Dark Universe” should be.  Next up, I believe we should be getting “The Nun” really soon. In case you were a little confused about the timelines in this film universe it goes: The Nun (2018), Annabelle: Creation (2017), Annabelle (2014), The Conjuring (2013), and then The Conjuring 2 (2016).

As you could probably tell, Annabelle Creation was a good horror film, in my opinion. Definitely worth watching in theaters too. Don’t make the same mistake I made by watching it alone in a theater by yourself though. If you do, just be sure to bring a change of underwear.