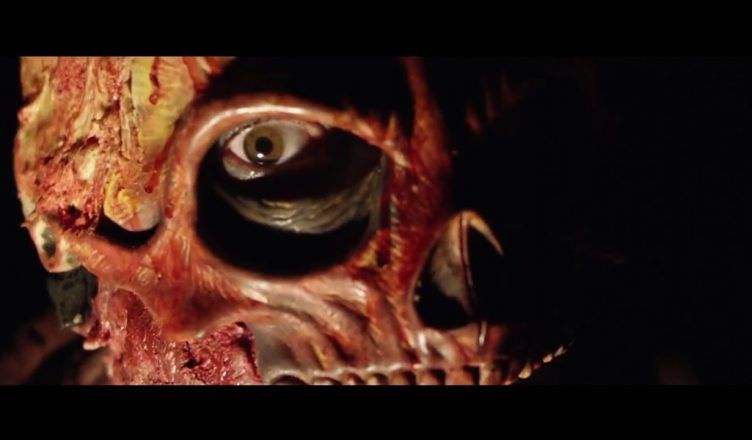 While transporting the legendary killer Bonejangles, a group of police break down in a town cursed with monsters, and must release him to survive!

This movie was all kinds of awful.  I feel obligated though to pluck out something I enjoyed about it.  Any horror fan would chuckle at the fact that the cursed town where the police van broke down in was named Argento.  Clever.  Surprisingly there is something not right about this town.  Like a witch’s curse that bring zombies.  OK.  Well, the acting was decent.  Not completely horrible. There was too much going on.  Serial killer, zombies, a witch.  Bonejangles wasn’t really about Bonejangles at all.  He was only a small part of it in my opinion.  The main story should’ve been about the witch’s curse on the town.  Normally I would have stopped watching this after about 15 minutes but for review purposes I thought I should watch in its entirety.  The death scenes weren’t even good.  Unoriginal.

I understand that this is a campy horror film.  I like campy.  But this is bad campy.  I don’t know how else to explain it.  If it happens to be on cable one late night in the future and there’s nothing else to watch, then sure, check it out.  Otherwise, don’t bother.  Oh and Clint, stop it.  You are no Ash Williams.