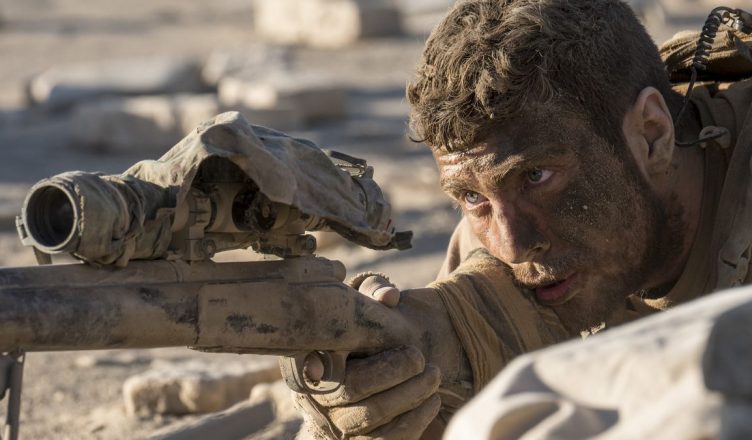 The Wall is a gripping story that’s a one and a half man movie. It’s pretty much Aaron Taylor-Johnson’s solo showcase, with the assistance of WWE Superstar John Cena. Doug Liman directs and delivers the thrill in this war drama thriller. Two soldiers are stranded in the middle of a desert in Afghanistan, where a hidden sniper manipulates their fate. So does Taylor-Johnson deliver in his mainly solo act? Here are the good and bad things about the film:

This is one of the more tension packed films you’ll see. It’s a bit of nail-biter (I do not condone such a thing) also. The story is simple on the surface, the setting, theme are straightforward and easy to grasp, but the plot and execution are thought provoking. This film is very reminiscent of movies such as Phone Booth, Locke or Buried, where the main character is manipulated by an outside entity and must solve the issue from a remote location. The Wall has that same claustrophobic feel to it, even though it ironically takes place in a desert that’s vast with land. Either way the main actor is tasked with shouldering the story and emoting all the action single handedly.

All that being said, Taylor-Johnson does a fantastic job projecting the harrowing situation. He’s quite the impressive solo act playing the solider Isaac. His performance is top-notch, to the point of making me cringe watching him struggle on-screen. He goes through stages of despair, from the excruciating pain of the raw gun shot wounds to the the suffocating feeling of drought and dehydration. This is illustrated spectacularly when you see Isaac rive an empty bottle of water in hopes of a getting a few drops to release. As good as his work was in the fantastic Nocturnal Animals, his work in this film eclipses that Golden Globe performance.

The other actor credited in this movie that you see is John Cena, who plays a soldier named Matthews. Cena has a limited amount of film roles under his belt, however, this is his most intricate and nuanced performance. Cena has the talent and look to be a legitimate film actor, this is the kinda performance that will get him a serious look in Hollywood. It’s not a major role, but it’s a noticeable one. This isn’t a movie for the faint of heart. It is gory and certainly fits along the likes of a Mel Gibson war film. You get the picture, it’s not pleasant to watch. Due to the nature and shock moments, it is recommended for mature audiences.

While the snipers methods are hinted and suggested, there is no clear motive as to why he wants to chat and get to know Isaac, aside to mess with his head. So there is one other potential reason that is revealed towards the end, but even that doesn’t justify the entire lead-up and motive of the enemy.

The Wall is a heart-pounding and intense movie that will have you cringing and glued to the action. Taylor-Johnson’s performance is believable and physically imposing. I’m a big fan of this genre of him, so if  you’re into the movies I initially mentioned such as Phone Booth then this is the movie for you. It’s quite short at 81 minutes, but makes the necessary use of that time. Don’t be turned off by the thought of the action taking place in a single location behind a flimsy rock wall, because the suspense will have you engaged. This film has really clever storytelling so don’t let anything get in the way of you seeing it.

One thought on “Review: Cena and Taylor-Johnson Trapped in a Psychological Battle in ‘The Wall’”