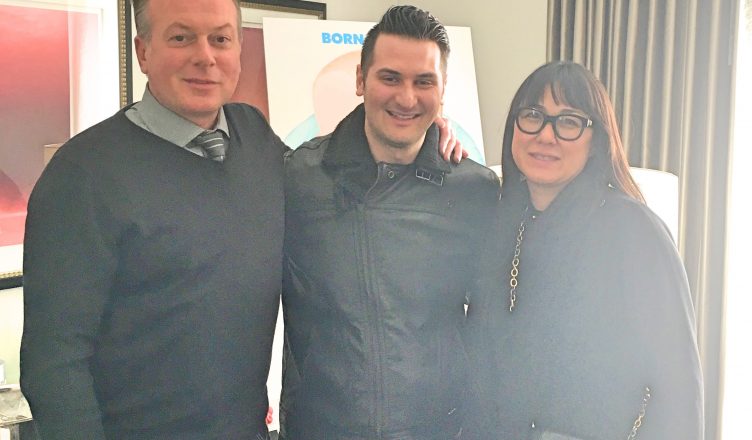 As part of their press tour for The Boss Baby, I had a chance to speak to the director Tom McGrath and producer Ramsey Naito about the film when they visited Chicago recently. The Boss Baby comes out in theaters on Friday, March 31, so go see it, it’s funny. Below are the excerpts of the interview:

Was there a different approach for you (Tom) doing a film about human characters, as opposed to the animal ones you’re known to do in the Madagascar films:

Tom: Characters are characters, it can be talking animals or babies, I had human characters in Megamind. To me doing human characters is always good and always challenging to make them appealing in an animated film. It just felt like this story and because it’s told through a 7-year-olds imagination was just a great way to express it through animation. Human characters, animal characters it could be a talking teapot as long as you’re trying to define characters and make new characters interesting. What made Boss Baby pop was as soon as we got Alec (Baldwin).

As both of you are parents, what was it like doing the movie from a parents perspective:

Ramsey: Well, I’ve known Tom for 20 years and we’ve always wanted to work together. About three and a half years ago he sent me the script for The Boss Baby and I read it and literally thought it was a mirror of my own life. I have three children and my first child was seven when my second son arrived, and he was really jealous just like Tim Templeton, so I was really connected to the emotional core of the script and these two characters falling in love with another and finding the value of family in the end. I was brought to tears when Tom shared his personal story.

Tom: I came out from the brothers point of view because I have a brother that was very similar. As far as character arcs go, to get the antagonistic or hate each other to grow to love each other that’s the strongest and most simple arc. That’s what happens with family a lot and that’s what happened between my brother and now we are closer now than ever as adults, but we did go through war together. I came at it from the brother and you (Ramsey) came at it from the mother in a way. That was the goal, to have an in for as many people as we could, whether you have a sibling, you are a parent, or you have a horrible boss.

For more on this interview including the audio portion of it, check out my website Reel Talker