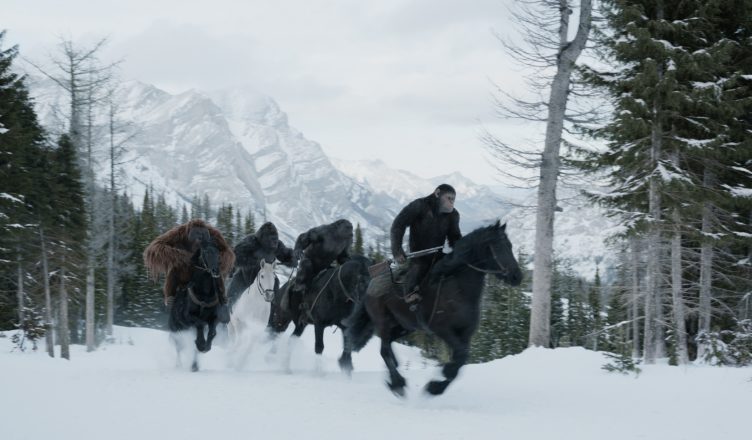 Man, we are getting flooded with high octane summer film trailers in a short amount of time. Hoping to not get lost in the sea of ‘splosions comes the return of Cesar once again reminder us that he’s destined for greatness… but before that, WAR.

This movie looks fantastic. I have to admit that I am a bit weary of war considering all of the other trailers that were recently released but this movie would be the best looking buzz of the summer had all those other trailers not been released.

All in all it’s nice to see Cesar’s journey near it’s inevitable conclusion of world domination. It’s finally giving all of the action and chaos that’s been alluded for quite some time. Oh! and look, Woody Harrelson in a role that seems better suited for Tommy Lee Jones! Overall this movie looks really good I’m just being unjust and unfair for some reason! Maybe we’ll revisit this in the New Year…