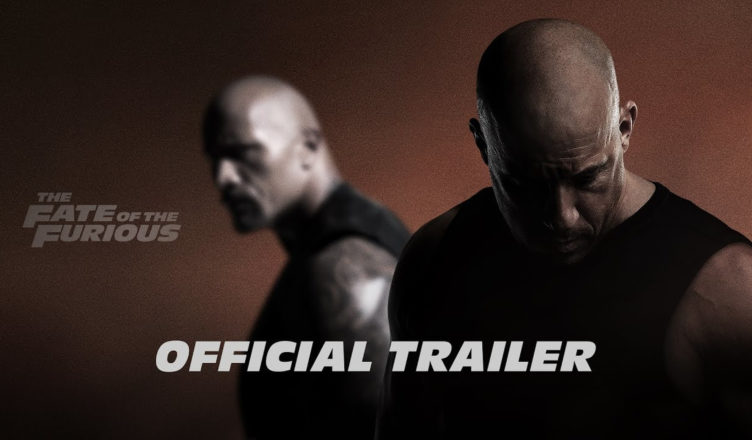 The Fate Of The Furious trailer shutdown Times Square as the beautiful FAST 8 cast debuted it live for thousands of fans to see.

Not only was the trailer action packed and full of fun (as expected), but the writers really went no where the Fast & Furious franchise has ever gone before.

Instead of the same old story of the team verses some bad guy (who coincidently races cars), it looks like there will be an even bigger plot twist than anyone could have ever expected.

Before I spoil it for you, watch The Fate Of The Furious Trailer below, and prepare to be awed!

If that wasn’t shocking enough, how about the team up of Jason Statham and Dwayne “The Rock” Johnson’s character “Hobbs”.

While I still don’t believe there is any possibility Dom is actually the films villain, the writer and trailer cutters have certainly done an extraordinary job at intriguing even anti Fast & Furious fans to go and see their next movie.

While I knew Charlize Theron was going to be the antagonist, the FAST 8 crew did an extraordinary job at keeping this jaw dropping twist from the internet who likes to figure out movies before they release.

The Fate Of The Furious is going to be more than great and let’s not forget that on top of this amazing cast, we are still waiting to see Scott Eastwood and Helen Mirren’s characters.

Catch The Fate Of The Furious in theaters April 14th, and get your tickets early because I am almost certain spoilers will be on the loose as soon as the first showing debuts!