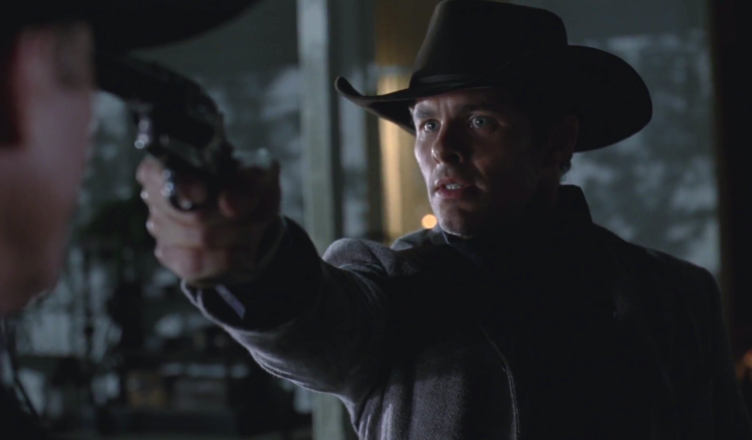 Going into Westworld you may think you are about to embark on some weird Sci-fi channel adventure. For those who feel too weirded out by those type of shows, I promise you that, Westworld is so much more. Westworld is not only the most watched first season in HBO history, but it is single handedly one of the best shows I have ever seen. The acting was one of the obvious strong points of HBO’s Westworld. From the hall of fame stars in Anthony Hopkins, Jeffrey Wright, and Ed Harris, Westworld continues to debut their peak acting abilities as they portray some of the most mysterious, yet complex characters you will ever see. Through out the season you will be wondering what each characters intentions are, which characters are the villains and what characters are even human.

Just about every actor plays one of the best characters of their career, as Evan Rachel Wood, Thandie Newton, James Marsden and heck, even another Hemsworth brother, show why they deserve to star in many more shows to come. Evan Rachel Wood play an AI who is stuck to a cycle of trauma and damsel in distress, while Thandie Newton plays one of the most well-developed and self empowering characters on the entire show. This comes as a big surprise as her character is seen as a small supporting role at the start of the season. From the first couple episodes to the last, you will be truly shocked with how much each character truly develops and changes from what they seemed they were in the first couple of episodes. Even less well known actors like Ben Barnes, and Jimmi Simpson play some excellent roles that have to be some of the best of their career.

Let me not forget to mention the likes of Shannon Woodward and Tessa Thompson. The acting in this show was so stone cold, that I could literally list the entire IMDB cast of this show, as having some of the best performances of their careers. Since so much of this show is based off of mystery and what will happen next, each actor does an excellent job at keeping the viewer wondering how their character will affect the show next, as each episode is filled with more and more mystery, that is quite hard to predict.

While the acting is an obvious key aspect of the hit HBO series, Westworld is also filled with amazing storytelling and directing, that plays like a book, filled with layers of original story telling and surprisingly deep philosophical content. This content is so well-founded that it could and should easily be written into someones college thesis. From the limits of ones mind, to the ideas of artificial intelligence and ones self awareness, Westworld is nothing short of spectacular in it’s multiple layers of storytelling and never ending depths.

From episode one, to the season finale, the viewer is certain to see some of the best story building up and character development that they have seen in a television show all year. Episode one does enough to keep the viewer interested, but episode two and beyond, will have you hooked and ready to see how this myserteous season will possibly end. With this deep nature of storytelling, comes a layer of amazing action and mini-storylines that the “hosts” will intrigue the viewer with even more. Since this show does take place in a sort of “Wild Wild Westworld”, there will are plenty of shootouts for the viewer to enjoy, while being layered with tons of deeper philosophical content.

Episode one starts off with tons of mystery that intrigues the viewer with wanting to see more, while the show continues to slowly answer and open up more questions without it being done in an un-interesting and annoying fashion. The writing of Westworld is nothing short of genius, as it has some of the best layering I have ever seen in a movie or television series all year.

Philosophical content, to the wild wild west thematic shootouts, Westworld is a complete show full of action and deeper layers! The perfect mix for a HBO masterpiece.

While there truly is not much bad to say about the greatness that is Westworld, it is because of this deep layering that this show may find it’s problems. The season finale in particular (which is actually a solid thirty minutes longer), has so many shocking twists and things to digest, that the viewer may find themselves confused or without the appropriate amount of time to properly digest all the “WTF” moments.

While some may be just taking in all the action, plot reveals and “master plans” that have just occurred, others like me are battling between digesting all of that and contemplating the deeper philosophical meanings of all this. Since Westworld is so great at layering so much into one hit show, it is this extra thirty minutes in the season finale that feels like it crams way too much into one viewing. Luckily we have people like Joanna Robinson at Vanity Fair to sort things out (do not read if you don’t want massive spoilers). Overall Westworld season one is not only the most watched first season in HBO history, but one of the best ways to start a new HBO series, as it answer so many questions, yet leaves season 2 open to so many different possibilities.

While the season finale may leave the viewer with wondering what in the world all of this means, it just shows us how many more times this first season is re-watchable as it is loaded with layers of beautiful storytelling, philosophical meaning, and deeper undertones that many different types of audiences can enjoy.

Westworld is hands down one of the best television shows this year, and will definitely be taking home plenty of Emmy’s as it is one of the most complete and original HBO shows in television history.

So with all of that layering and depth, make sure to give Westworld season one another watch, as we will have to wait until 2018 for the second season!