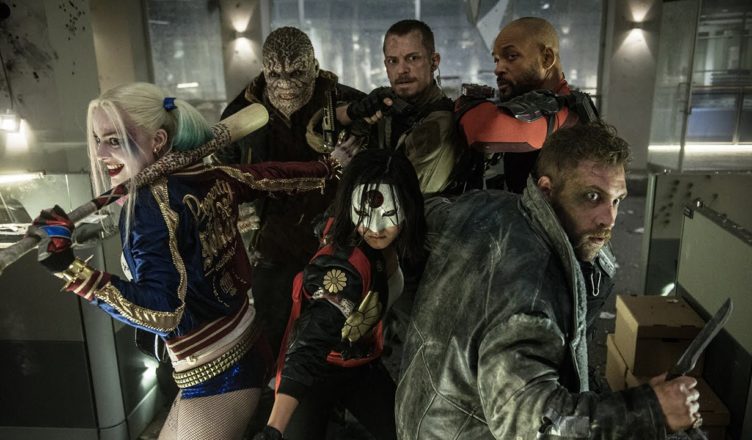 2016 began the true golden era of superhero movies. From the multiverse, to a new Marvel or DC comic book movie every other month, 2016 showed us that this whole superhero, multiverse thing is really here.We saw everything from fan favorite superheroes getting their first big screen debut, to surprising superhero (and villain) team ups, that comic book fans would never even dream of.

So whether your favorite comic book movies are Avengers, Justice League, or just X-Men related, stay tuned as we begin ranking the superhero movies of 2016: In what was probably supposed to be the most anticipated superhero movie of the year, Batman V. Superman (theatrical cut) was probably one of the most disappointing comic book movies in recent history. The theatrical cut is a decent watch, but the plot, writing and most of all, scene editing is absolutely mediocre in this film. Whether this was Zack Snyder’s, or Warner Bros fault, the editing of this extremely anticipated movie was a disaster, as people say the much fuller, directors cut of this film is almost like an entirely different movie.

While seeing Ben Affleck’s Batman was fun, the overly revealing trailers, god awful pacing, and ridiculous plot errors, gave the DCEU the bashing they certainly didn’t want. While we were all certainly rooting for Batman V. Superman, even the biggest DCEU supporters (like myself) couldn’t look past the massive editing and plot errors of this film.

Did I mention I didn’t like the whole “Martha” scene? Or how they decided it would be a good idea to not have the real Lex Luthor in the movie (since Jesse Eisenberg is apparently Lex Luthor’s son)?

Anyway, Doomsday, and killing Superman super early was a good idea I guess (not really). Another superhero movie that fell victim to what seemed like extremely un realistic expectations, X-Men: Apocalypse was another decent watch, with quite a set of flaws. Not only are the younger X-Men not as interesting as they have been in other X-Men movies, like Days Of Future Past or First Class, but each and every character is extremely under-written.

From Apocalypse who looked somewhat like a Power Rangers villain (not a compliment), to Psylocke who just looked hot and had no backstory or lines, X-Men: Apocalypse failed at what so many were expecting to at least be up to par with it’s Days Of Future Past predecessor. Oscar Issac is a brilliant actor who deserved to be a much better villain, and Storm was just kinda there, without any other type of story to cover how she ended up on Apocalypses side.

Michael Fassbender’s portrayal was great as usual, but so many characters were under-written and utilized in this flashy yet lackluster debut.

On the positive side, X-Men: Apocalypse did have some awesome action scenes, that in my opinion put it far above the disaster that was Batman V. Superman. Also, while many of the characters were poorly utilized, I did enjoy several of the moments between the 80’s class of X-Men. This one is the hardest for me to write about because for me this was my favorite movie of the year, before it even came out. Unfortunately, the hype was too much for Suicide Squad, as the movie suffered one of the most catastrophic over editing events I have ever seen. It is clearly apparent Warner Bros forced David Ayer to change several parts of his original film, to the point that it severely mangles what could have been.

While Suicide Squad is no Batman V. Superman, going over the massive amount of missing scenes (even still missing from the extended cut) really makes you hate Warner Bros for what they are doing to their DCEU movies. Suicide Squad is a great movie and then again it’s not. The actors and characters are great and then again they aren’t. Warner Bros really screwed this one up by over doing the editing and not letting David Ayer do what he was hired for (making a hardcore, gritty villain flick).

While Suicide Squad had it’s flaws, I do think that it is a must watch for any superhero movie fan, as it will introduce you to something that hasn’t quite been done before in the superhero movie genre.

Also, please stop comparing this movie to The Guardians Of The Galaxy, it should not be anything like it, and if it is, it’s because Warner Bros thought that copying after Marvel was a good idea (which it clearly wasn’t). Truly a mind trip of a movie, Doctor Strange was one of the best superhero movies of the year, while surprising most audiences (including me) in this regard. Doctor Strange had structure, plot development, and action like we have never seen in the superhero (or any genre) movie. It brought an entire new game to the superhero universe, and showed us just how versatile and developed Marvel can be.

Doctor Strange not only expands the Marvel universe, but it expands on what we thought would or could ever be shown in a superhero movie. Despite white-washing controversies, it exceeds in implementing eastern cultures (which I understand and study regularly) with a proper story telling, and plot line that works well.

Doctor Strange is a mind trip that you definitely don’t want miss if you are any type of movie fan. It was very hard to decide if this movie sits at number two or number one on our list, as I feel it is quite interchangeable. Captain America: Civil War was single handedly one of the most fun times I had in theater this year, as Marvel mixed about 30 different main characters into one movie, extremely well! The action was non-stop and continuously upgraded, while the storytelling worked well, just missing the mark of perfect.

While Marvel movies have structure and consistency, Captain America: Civil War exposed Marvel’s weakness, which is that their movies remain a little too safe, as I was kind of disappointed no characters died or anything at the end of this (supposed to be dangerous) film.

Did I mention Black Panther and the new found Bucky? Captain America: Civil War, really made like 30 different superheroes shine, on screen at the same damn time. How? I don’t know ask Marvel.

But really though, next time Marvel you are going to have to start killing off some important characters and taking risks. Ryan Reynolds is the perfect Wade Wilson, to the point that they should just change his characters name to Ryan Reynolds in the comics.

Anyway, Deadpool was nothing short of entertaining, as this movie is sure to please. While most movies on this list failed in my expectations (either across the board or in some other area), Deadpool surpassed all of mine, as I will always remember the fun and “WTF” moments that occurred while watching this movie with my friends.

Which superhero movie of 2016 was your favorite?