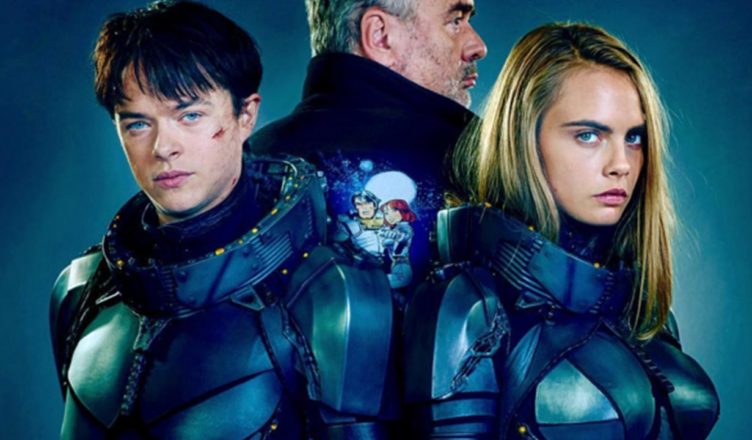 My first thought on this new trailer is “wow this looks just like a Luc Besson movie”. Considering it is, my next thought was, so this is probably going to be somewhat like Besson’s, The Fifth Element, but with even higher grade technology and lessons learned.

The Fifth Element was a good movie, and some would even call it a classic, as it was one of the first alien movies to not be solely based on war, and survival.

Just go ahead and watch the trailer so we can talk, about the rest afterwards. . .

Watch The Valerian And The City Of A Thousand Planets Trailer:

Jesus Christ this movie has a long title to type. Anyway, this movie looks like The Fifth Element with even more advanced CGI and visuals, as Luc Besson shows us why we love his un-orthodox film takes.

While this movie is based off of a graphic novel with a similar name, all I know is this movie looks fun, fantastic and deeper than surface level entertainment (*cough, cough* Transformers).

I can’t wait to see what Cara Delevingne brings to the table, as this looks to be one of her best movies yet. Dane DeHaan is also in the mix as he plays a role other than the villain or bad guy for once (or maybe twice).

Rihanna also made a surprise appearance, as she slowly makes her way deeper into the movie industry (good for her).

Anyway, for those of you who don’t know the plot to this movie, check out the official synopsis below.

The Valerian And The City Of A Thousand Planets

Special operatives Valerian (Dane DeHaan) and Laureline (Cara Delevingne) maintain order throughout the universe for the government of the human territories. Under orders from their commander (Clive Owen), the duo embark on a mission to Alpha, an intergalactic city where diverse species share their technology and resources for the betterment of all. The ever-expanding metropolis is also home to sinister forces that jeopardize the future of mankind.