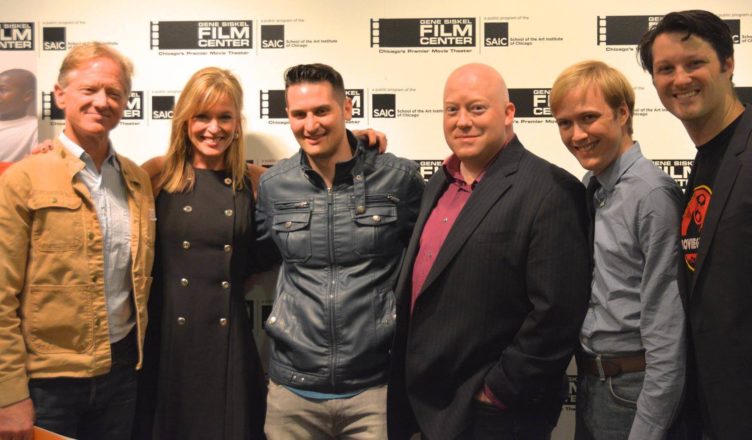 Over the weekend, I was fortunate to host my film critics groups first film showcase event. Our group hasn’t been around an entire calendar year, so to have a mini film festival put on by us is quite the feat we were able to accomplish. The showcase was a two-day event. Night one was the presentation of the documentary Resilience, directed by James Redford. Night two was the presentation of Joe Houlberg’s foreign film Thirst and Kevin B. Lee’s Video Essay.

Night one was the marquee night for our group. We were hosting the screening at the prestigious Gene Siskel Film Center in downtown Chicago. It was an honor to have our opening night of our showcase at the Siskel. The turnout was pretty impressive. We had 150 sold tickets, which is a great turnout. Many of the attendees were people that had a connection to the film. Educators, healthcare professionals, law enforcement, etc. I had the privilege of introducing the film. Yes, I did stumble my speech a bit, but it’s all forgotten…right?

The film was informative and interesting. Wouldn’t say it was my cup of tea, but it meant a lot to many people. The post movie Q&A panel was really good. Director James Redford was present along with educator Audrey Soglin, Dr. Emma Adam, and Judge Erickson. Audience was engaged and asking questions. There was one audience member that bared it all, it was an emotionally charged reveal from him, it was pretty startling. Our group director Pamela Powell did a great job hosting the panel.

The second day of the festival was held at the Wilmette Theater, in suburban Chicago. It’s a more smaller and intimate venue, but also historic. We had two screenings. The first one was Joe Houlberg’s foreign movie called Thirst. It was a well shot movie that was fairly abstract. Not my cup of tea, a little confusing. The screening followed by a Q&A with Houlberg and hosted by CIFCC member Jason Coffman. Some interesting questions were asked.

The final screening was Kevin B. Lee’s video essay. It was a film composed of various critics commentary on a particular issue/topic. The theme was Hollywood bombshells. Women in cinema and the impact of the red dress. Nelson Carvajal’s response to Chi-raq. Some interesting work and well done videos. Kevin B. Lee was part of the Q&A hosted by CIFCC member Daniel Nava. The turnout for both screenings at the Wilmette was solid.

For a first showcase event to me it was a success. Very nice turnout, better than I even imagined. Would have been nice to have a feature movie with some mainstream appeal as part of this showcase, but we did have an eclectic selection. Much credit goes to CIFCC directors Pamela Powell and Michael G. Smith for putting together this showcase. Their endless months of work came through in the showcase. Many other contributions that need recognition. Leo Brady, Jeff York, Joel Wicklund, and Don Shanahan were vital in the behind-the-scenes work. Without the collective group effort, this showcase wouldn’t be a possibility.

I’m excited to begin the planning for the 2017 Showcase. There will be things we learn from this one, certain things we need to improve or not do, but other things that worked. Thanks to everyone who participated, attended, and contributed to the event. It takes a team to put together an event. Check out the work of the CIFCC and the work of our members.