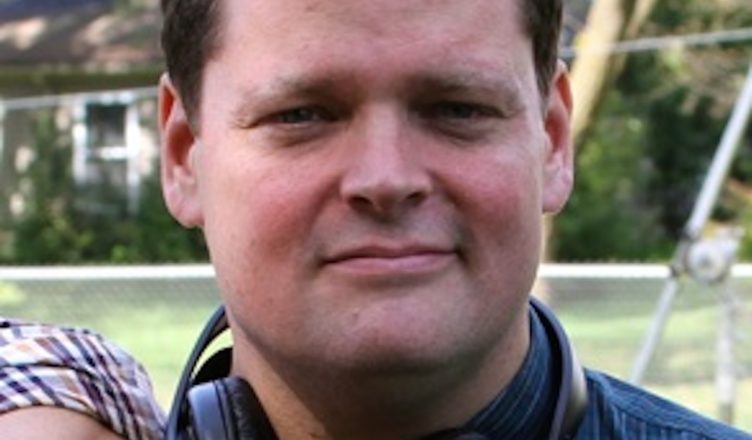 This caper film involved a struggling Chicago actress named Cassidy (Virginia Kull). It was filmed in Chicago by Chicago musician-turned-writer-director David Singer.   Cassidy starts a job delivering diamonds on Jewelers’ Row. The shop owner’s son suggests a lucrative plan to defraud their insurance company with a fake heist, and Cassidy agrees to help.

What begins as a simple diamond heist quickly unravels into a web of lies, betrayals and surprises. David Singer was present at the World Premiere of the film on Friday, October 14, 2016, at the AMC Theater as part of the 52nd Chicago International Film Festival and spoke about his transition from music to film.

Said Singer, “From music, I learned something about economy. If you only have this much money, you can only film for this much time. I had made a short film with Jonathan (Singer) called Advantage, Wineberg a few years ago, and we just thought we could extend that into a longer work, and this is it. I wanted to make a movie that reminded me of the seventies cops movies of the era. It just expanded from that. Plus, I actually knew someone who had a job transporting diamonds in the diamond district, and that idea for the plot stuck with me.”

Mr. Singer expressed the opinion that Virginia Kull, around whom the plot revolves, is just about to break out as an actress, explaining that she is becoming known on Broadway for her work and has just been cast in an HBO project with Reese Witherspoon and Nicole Kidman. Chelcie Ross, who portrays Pops (the crime boss in the film), is a well-known fixture in Chicago theater and has had roles in films such as 1992’s Basic Instinct. He was also able to talk Julia Sweeney (the androgynous Pat in years of yoret on SNL) to take a small cameo role. “We pretty much pulled in all our markers,” laughed Singer.

Asked how Ed Begley, Jr. and Marilu Henner got involved, David said, “We offered them almost nothing and we were very, very lucky to get them in that respect. Both of them liked the script.” Henner plays Cassidy’s mother and becomes romantically involved with Begley, which is how the unemployed Cassidy gets the job as a diamond courier in the first place.

As for the settings used in the film, Singer said, “We wanted it to be under the el tracks and in filthy alleys and the Chicago we grew up in.” He commented that, in one shot, the famous Hancock Building skyline was purposely left out of the frame.   Among locations used were Laurel Liquors on the corner of Lawrence and Elston (which no longer exists), Lost Lake, The Hideout, etc.

David’s day job is music:   “I’m used to putting music in other people’s movies and toothpaste commercials or whatever, so I have a studio and could play around with the sound.” He said it took 2 and ½ years to get the funding and the script and be ready to film, but the filming itself was an 18-day shoot with three 6-day weeks. “Money was the determiner,” said Singer. “Shooting that fast, you don’t have time to question your decisions.   Most movies film 2 pages a day; we filmed 8 or 9 pages a day.”

He noted that the film is showing in Austin, Texas, at the Galaxy on Saturday, October 15th and again on Monday at the ongoing Austin Film Festival.

It’s an excellent first directorial effort (his first effort was really a short), and certainly it will be interesting to see if Singer can follow this impressive beginning with more good work.