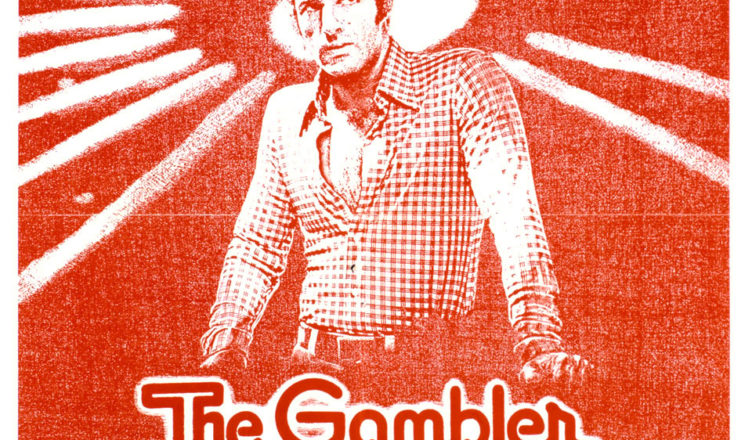 James Caan is Axel Freed, a gambling addict hell-bent on self-destruction in the gritty 1974 crime drama “The Gambler”.

A college literature professor by day, Axel wages a vicious war with himself off campus during his off hours, shattering the limits of both underground and legit wagers. Axel knows full well that the odds against him are recklessly daunting. Dangerously so. Nevertheless, we come to learn that this is a deeply troubled soul, and a guy who has long since succumbed to a ceaseless struggle to quench an insatiable thirst for “the juice” which betting has insidiously inflicted.

James Caan is the man. “The Gambler” is one among a string of classic movies the iconic actor starred in during the ’70’s ranging from “Brian’s Song” to the first two installments of the “The Godfather” saga. Caan’s portrayal of Axel is a searingly wrenching performance. He gives us a confoundingly complicated man, one blessed with abundant intelligence and charm yet powerless to break free from the vise grip his all consuming vice has on his rapidly unraveling life.

The supporting cast is stellar. Paul Sorvino is perfection as an illegal gambling boss who reveals that he has at least a semblance of a heart. Lauren Hutton is underdeveloped as Axel’s conflicted girlfriend, though she does have a compelling scene in a Vegas hotel room toward the end of the film that emotionally foreshadows the grim fate destined to befall her beau. Jacqueline Brookes makes her own indelible impression as Axel’s heartbroken and exploited mother. And Burt Young impresses during his brief but explosive appearance as a wise guy enforcer only a couple of years shy of his career blasting off with the continuing role of Paulie in the first of the “Rocky” films franchise.

While Caan is exceptional here, I would liked to have seen a more detailed exploration into why his character of Axel behaves the way that he does. Much is intimated, but little is actually disclosed.  His conduct and choices, while for the most part abominable, are as fascinating as they are baffling. But what drives the seemingly insane behavior of this fellow who clearly has an exceptional capacity to think, interpret and express at such a high level? Czechoslovakian Director Karel Reisz (“The French Lieutenant’s Woman”, “Sweet Dreams” but not a lot else, actually) leaves it largely to our own conjecture to determine why in the hell Axel insists on barreling completely out of control down a one-way highway to oblivion. And the resultant aftertaste is not nearly as palatable as it could have been.

The final image of “The Gambler” is a grotesquely grim one to be sure.  Yet we get the unsettling feeling that Axel was never going to be genuinely “satisfied” until it got to this horrifically ugly point. And I suppose that after all this is the enduring point that Reisz is making with this sordidly squalid story. It was just such a murky journey he took us on to reach this cacophonous climax.

“The Gambler” didn’t hit the jackpot for me, so I’m gonna “roll 6” for this one based off of Caan’s enigmatic yet engrossing performance and for the wonderful work of the superb supporting cast.