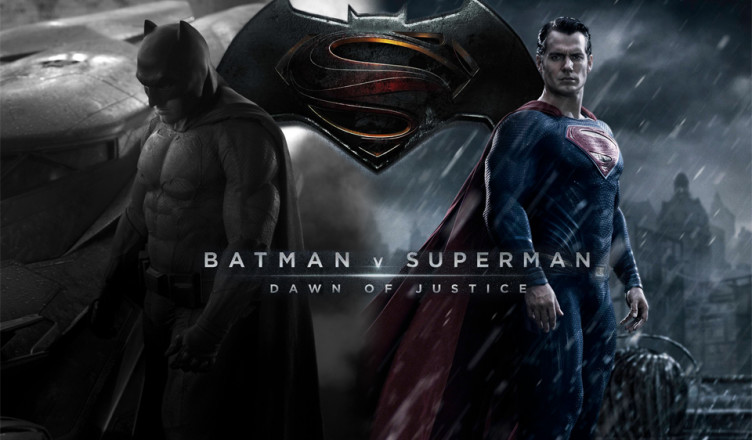 So it’s a couple hours since I screened Batman vs Superman: Dawn of Justice, and the critical hate is rolling in like wildfire. At the moment Rotten Tomatoes is ranking it 38% (rotten) Entertainment Weekly, Chicago Tribune, Newsday, New York Post, AP, The Wrap, The Hollywood Reporter are just a few of many media outlets with critics that must have gathered on Skype and jump on the critic bandwagon in blasting all that was Dawn of Justice. I mean no one dare disagree with their fellow colleague in fear of they might look bad or not be a “smart” member of the clique. These are all quality and experienced writers, but why is there so much hating on the obvious. You knew what you were going to see, hating it after the fact is what makes it look weak.

I get it, it all boils down to personal opinion. This is what it’s all about–opinion. Clearly I don’t agree with that I’m seeing out there, but sadly these reviews do have a lasting impact. Studios pay attention. So what are some of these quotes going around? Here are some examples:

“The main issue facing the writers of a superhero smackdown like this is concocting a reason why, given all the evil out there, they have to fight each other — as well as, in this case, coming up with a way to level the playing field when one hero is essentially immortal and the other is just a really buff rich guy with a costume and lots of gizmos.”

The movie is called Batman vs Superman. Is that not a hint enough that these two will lock it up and feud? There is now way that going into this movie this wasn’t apparent. You knew one is immortal and one is human. Was this a bias of dislike going into the movie, or was it a revelation after viewing it that this actually happened?

“Constantly threatening to collapse from self-seriousness, this epic has way too much of everything, including CGI and Oscar winners up the wazoo.”

So it’s bad to have a dark superhero movie that’s anti-Marvel and that treats itself as a movie, not just a comic book one. Since when is it a bad thing to have Oscar winners in any film? So too many quality proven actors should be considered a detriment? Once again, silly cases being made to dislike the movie.

“It hurtles not with the kinetic momentum of Mad Max: Fury Road nor the comparatively spry skip of a Marvel movie, but with an operatic grandeur it sometimes earns and often doesn’t.”

What does Fury Road have anything to do with Batman vs Superman? They aren’t even in the same mold or genre, so making comparisons is pointless and an empty premise. Spry skip of a Marvel movie? What’s that even supposed to mean. Yes, Marvel has produced many hit films, but they have all dared to go dark and be bold. All of the Marvel movies are kid friendly, while Dawn of Justice isn’t geared to a kid crowd.

“Overlong, underdeveloped and almost entirely humorless, “Batman v Superman: Dawn of Justice” may please die-hard fans by pitting two DC icons against each other. Everyone else may want to wait for the next Marvel movie.”

Is it overlong or underdeveloped? Both are possibilities, but unlikely. Kinda cancels out the point being made there, it’s either underdeveloped or too long. There is a knock against it being humorless. This is a DARK movie. It isn’t remotely trying to be funny. There are plenty of quips and one-lines throughout. The movie is loaded with witty dialogue, many of it coming from Bruce Wayne. Almost every interaction between Alfred and Bruce is a sarcastic remark, especially when Alfred teases Bruce about him not having a woman in his life. Wait for next Marvel movie. That’s just a easy way to complain and dodge in favor of the promise of a Marvel movie.

The comparisons to Marvel movies will be inevitable, but unjust. With Dawn of Justice Zack Snyder clearly established that DC isn’t following the Marvel mold of PG fun. The DC cinematic universe is heading in the gritty and violent route. This is a fairly heavily politically charged film, with a religious commentary aspect to it. The team of Snyder, David S. Goyer, and Chris Terrio deserve credit for having the guts to go against the mold and create their own pathway. They took bold chances and didn’t copout with a predictable ending. Something should be said about taking risks and going against any expectations.

I’m proud to go on record as one of the critics that loved the film. I appreciated it for its darkness. Loved Ben Affleck for his portrayal of Bruce Wayne and Batman. We see a side of Batman that hasn’t been seen on the big screen yet. Simply, he’s ruthless. For someone who has a solid, not spectacular knowledge of DC comics and the story adaptations used in this film, I was more than pleased with the usage and outcome. Snyder, Goyer, and Terrio didn’t do anything to tarnish the concepts, instead he used them and molded them for the film’s story. The convergence of multiple comic stories that are mashed up in the film are actually fitting, even though there is a fresh carved out take on them. The Doomsday story and Frank Miller’s Dark Knight Returns are comic adaptations used in the movie, where ideas for Dawn of Justice were plucked out from.

I’m not on a mission to purposely throw critics under the bus. Seeing silly points being made as justifications for disliking it is worth questioning. It ultimately comes down to the people. If they go see the movie in masses then it will be a success like the filmmakers intended it to be. I bet 9 out of 10 of these critics bashing the film have little to no knowledge of how these stories were set up in the comics and ended up playing an integral part in the story inspiration for the movie. You can use big and clever words all you want, it might make you look fancy, but reading a comic book and educating yourself on some of these storylines that are mashed up in the movie would be a lot more informative and impressive to have in mind when writing a review for Batman vs Superman. Justice served.

3 thoughts on “Batman vs Superman: Hating What You Don’t Know”