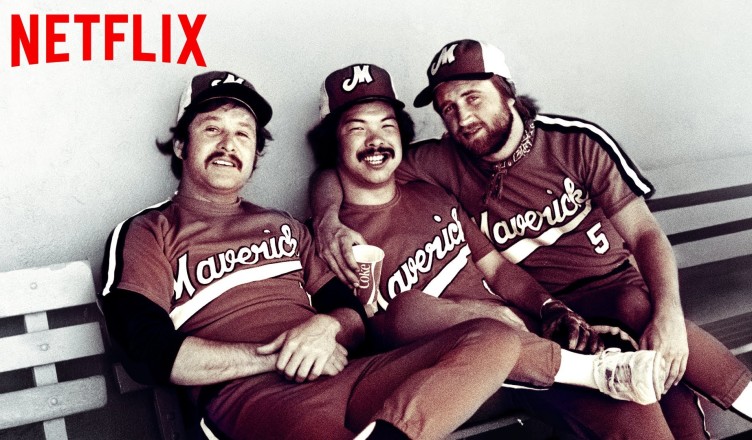 a Netflix original documentary. This is the colorful true story of the Portland Mavericks, a scrappy, independent baseball team of underdogs started by actor Bing Russell in the 1970s.

“The Battered Bastards of Baseball” is a documentary chronicling the last ever independent Major League Baseball affiliated minor league franchise.  Owned by eccentric ex-actor Bing Russell (dad of Hollywood veteran Kurt, who actually played for the club), it tells the story of the unlikely genesis, and subsequent ascension to prominence, during the mid-1970’s of a wacky bunch of misfits aptly christened The Portland Mavericks. What it’s actually about, however, is the glorious notion that baseball is a kid’s game to be played and appreciated for fun.  We laugh, marvel and cheer as a rag-tag gang of rejects, has-beens and never was’s who weren’t supposed to actually win collectively shame the corporate wet blankets and the “Bonus Babies” they were funding by kicking them rich boy’s asses all over the diamond, much to their ire and shame.  It is these same killjoys who would eventually put this crew of non-conformist nuisances out of business-this despite the fact that the Mavs consistently entertained sell-out crowds while taking in a ton of cash as they did so.

May wanna take note here MLB powers that be.  Baseball can be a spirit-soaring celebration and reap righteous revenues to boot.  What a revelation.  But hey, we sure wouldn’t want to go and risk upsetting the rigidly commercial cart that carries the golden apples now, would we?

Awww, to hell with the bastards.