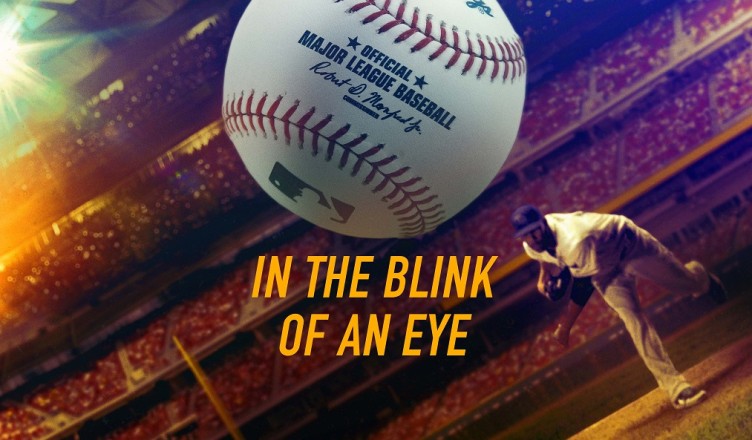 Fastball from Gravitas Ventures on Vimeo.

I’ll ask this straightforwardly and without flippancy.  Have you ever had a good-sized rock solid projectile hurled directly at or near your person from just over twenty yards away while you remained stationary even as the object blazed forth at anywhere from 90 to 100 miles per hour?  Yeah, neither have I.

However, if you’ve ever gripped a large wooden stick and stood in a batter’s box as a Major League Baseball hitter awaiting the next pitch to be fired toward you at blinding speed, you enter into this largely unimaginable moment of potential peril day after day after continue-at-your-own-risk day.

This is the rocket fuel that ignites the soon to be released baseball documentary “Fastball”, for which I have already taken in the trailer.  The brainchild of renowned producer Thomas Tull (“42”, “Jurassic World”, “Straight Outta Compton” among other highly regarded films), written and directed by nine-time Emmy winner Jonathan Hock (ESPN’s roundly lauded “30 For 30” series) and narrated by veteran actor and noted baseball nut Kevin Costner, “Fastball” features superstars of the game both past and present.  Established along with in-the-making legends ranging from Hank Aaron to Derek Jeter to Justin Verlander talk about a scorching fastball from the dual perspectives of those who dispatch them and those whose job it is to try to lay wood on that which is delivered.

As a lifelong baseball enthusiast, it comes as no surprise that I am looking forward to catching this “Fastball” with keen anticipation, after which I will offer my review.  And while it will no doubt help if you share this passion for “The Grand Old Game” that I have generated and invested for years, I really don’t believe you need to be a dyed-in-the-wool devotee to enjoy this offering.

After all, aren’t each of us, at least to some degree, on a constant search for life’s next big “rush”?