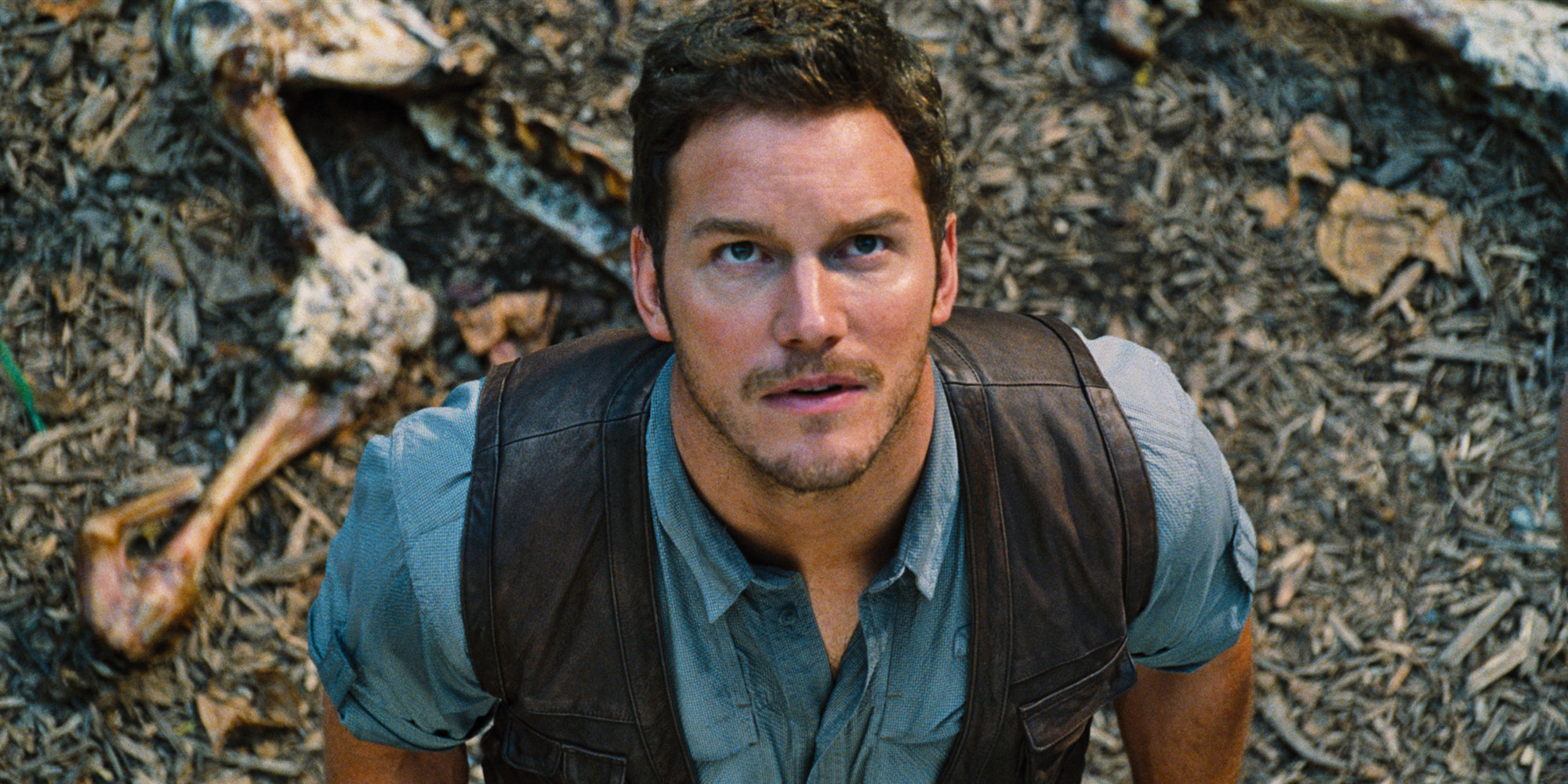 Steven Spielberg returns to executive produce the long-awaited next installment of his groundbreaking Jurassic Park series, Jurassic World. Colin Trevorrow directs the epic action-adventure based on characters created by Michael Crichton. The screenplay is by Rick Jaffa & Amanda Silver and Derek Connolly & Trevorrow, and the story is by Rick Jaffa & Amanda Silver. Frank Marshall and Patrick Crowley join the team as producers. (C) Universal

Jurassic World is good enough for what it accomplishes: a big budget, blockbuster spectacle. The production is top notch and it looks like every dollar is spent on screen. Compared to other Jurassic movies, the park gets an upgrade from the quaint safari and gift shop from the first movie into a Disneyland-caliber theme park with various shops including different tours where people kayak alongside or pet baby dinosaurs. We become acquainted with the park which takes a little bit to set up. People with short attention spans might find this part “slow,” but I like to refer to it as “plot development.”

My favorite part of this movie was the film making from director Colin Trevorrow. I was nervous that a little known director was virtually untested. He flirts with J.J. Abrams level of nostalgia with some “‪#‎Throw Back T‬hursday” moments I won’t spoil, yet shows restraint in avoiding sappy moments. His work in Jurassic World might be one of the most impressive directorial upgrades I’ve seen especially compared to his first movie which is the Sundance Film Festival award winning sci-fi romance Safety Not Guaranteed. (There’s even a funny reference to the previously mentioned movie when one of the characters says, “Your safety is not guaranteed.”)

I was disappointed when Jurassic World tried to do something different in characterization and plot points. America’s favorite goof-ball Chris Pratt, in a more serious role than his other movies, commands velociraptors into his own vicious, prehistoric Minions (with names and personalities who somewhat try to comically communicate). This aren’t like the grueling beasts we know raptors to be in the other movies and they are inconsistent through the course of the movie as well. I thought Bryce Dallas Howard delivered a terrible performance. Barely human, she comes across like one of the female robots in Ex Machina who gives blanks stares. She makes serious moments rather one dimensional like fighting with her sister, panicking on a cell phone, and running in high heels. She’s no Laura Dern, that’s for sure.

The script is to blame for some of the problems I had with Jurassic World. This is the biggest weakness especially compared to the original. Why? Nothing comes near the level of thrilling child endangerment like the kitchen scene in the first Jurassic Park. The third act is sometimes fun, sometimes a letdown and relentless in its sheer stupidity. Predictably, Jurassic World wanted to make a statement on corporate greed holding animals in captivity (think SeaWorld for a modern reference). None of this matters. Just like these new dinosaurs, audiences are conditioned for the genetically modified experience of louder, bigger, and ultimately, and scarier. Jurassic World is ideal for their sensibility. You will get your money worth of dinosaurs and thrills in one of the more entertaining blockbusters of the summer.