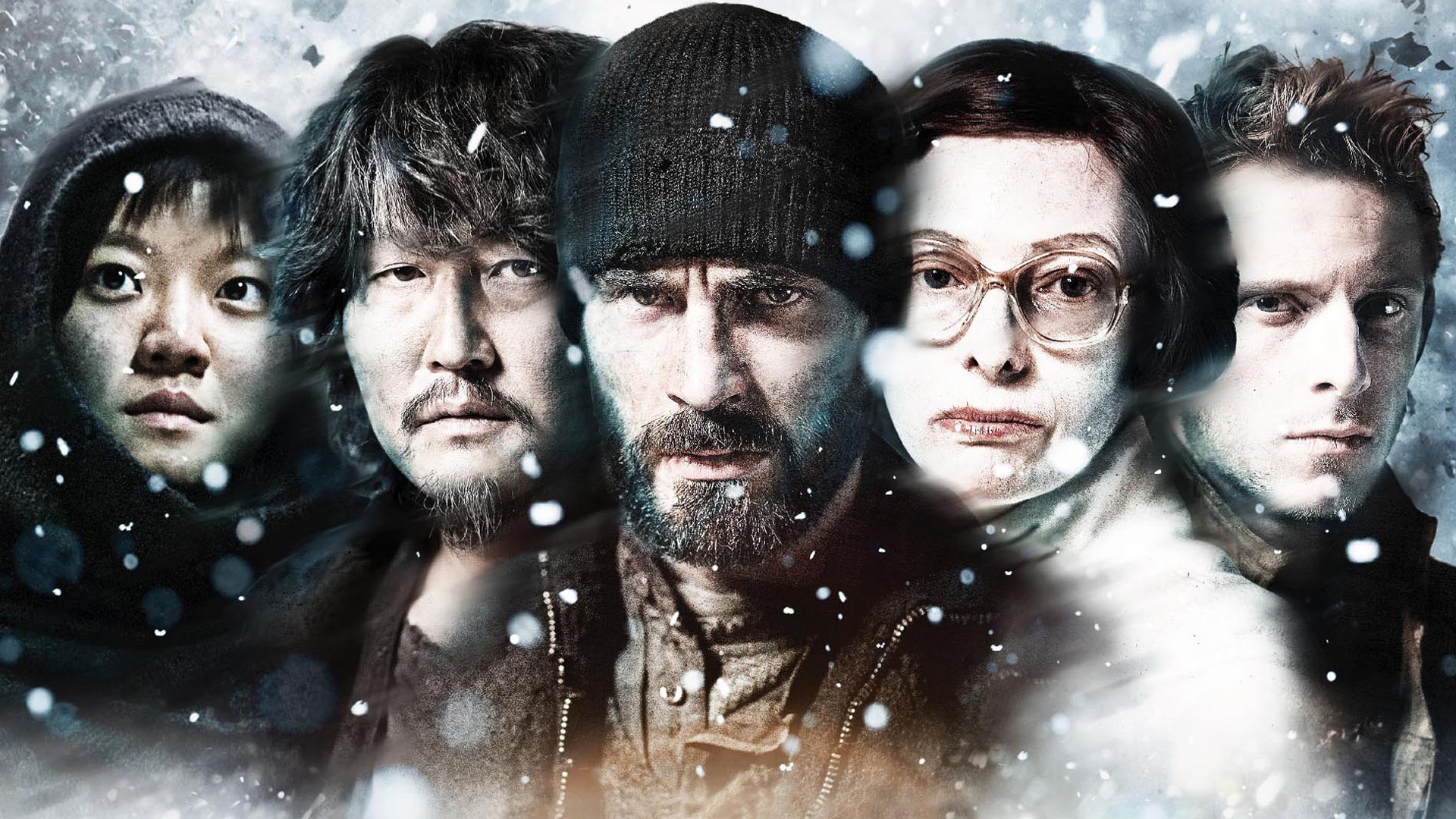 Synopsis: Set in a future where a failed climate-change experiment kills all life on the planet except for a lucky few who boarded the Snowpiercer, a train that travels around the globe, where a class system emerges. (c) Imdb

The world, as we know it, is gone. Set nearly two decades after an ice age that wiped out most of humanity, the remainder of civilization is settled on a bullet shaped-looking train circling what’s left of the globe. There are only two social classes on this train with the front of the train run by the wealthy and powerful, while the poor and feeble are housed in the back of the train. The engine is the “holy grail” of the vehicle and those who live in the back of the train never gets to see the front or the “engine”. The engine is a feat of technology, completely self sufficient, and is what keeps the train moving and the civilization afloat. Curtis (Chris Evans) is the appointed leader of those who live in the back of the train, with he and his people attempting to be reach the front in order to confront the train conductor. Curtis and his crew encounter various obstacles and villains along the way.

Part of the message Snowpiercer tries to convey is the depiction of a societal hierarchy, which is a common subject that’s been conquered in film before. Instead of sending a message or setting a perspective on the poor versus the rich, it merely uses it as a means of centering it as the main story of the film. The effects of global warming on our planet is the other statement that the director tries to make but seemingly as the back-story of the film with the social commentary being overlooked and not coming through with what’s displayed on-screen.

Director Joon-ho Bong doesn’t completely miss on all levels. He does a nice job teasing the viewer with what’s outside the train and there are some truly impressive shots of this glacial outside world that can only be sparsely observed and is mostly imagined by all of the rear train passengers. The special effects look imaginative, but also cartoonish at times. The storyline is simple in context with the cast of hero’s simply attempt to “get to the front of the train” and discover what’s going on there. The way the film moves along is repetitive and confusing and a lot of the action scenes are overkill with a large amount of blood, guts, and gore are nauseating.

The cast of Snowpiercer is without a doubt the main draw to this film. Chris Evans leads this cast as Curtis, the quiet and determined leader of the back of the train people. Evans is fairly solid in the role with him competently holding his own in the fight scenes and there is also an aura of intrigue surrounding his character. The supporting cast consists of some people you might not expect to see in a hardcore Sci-Fi like this. Ed Harris plays the main villain and train conductor “Wilford”  doesn’t disappoint with his performance. He’s actually charming and mellow as villain villains with “Mason”, the other villain, portrayed by Tilda Swinton. This might be her most eccentric role to date as Swinton is a complete riot in this film and she’s as wild and bizarre as it gets. Rounding out the supporting cast are familiar faces Octavia Spencer, John Hurt, and Jamie Bell.

The Blu-ray/DVD of the film has a separate disk with just the extra features and “The Birth of Snowpiercer” is a 50 plus minute story about how the movie came together. “The Character” is a 15 minute feature about the main characters in the film while discussing their roles and importance. “Animated Prologue” is an 8 minute feature that consists of a computer animation depicting the events that lead to the beginning of the featured train civilization. “Chris Evans and Tilda Swinton on Snowpiercer” is short feature about the actors talking about why they decided to take on their respective roles. The Train Brought to Life is a 15 min feature on the screening of the film in Austin, Texas. Transperceneige is a feature with the director and crew discussing the film and the effects.

Snowpiercer is one of those love it or hate it kinda film. If you are a hardcore, weird, and futuristic Sci-Fi then you might enjoy it. The film is all over the place, and feels repetitive. The cast is very impressive, yet the story does not suite to most of their strengths. Still don’t get the point of this film or what’s noteworthy to take away from it?

Snowpiercer available everywhere on DVD and Blu-ray is a futuristic Sci-Fi that you will either love or hate. The film is a cluster of what it wants to accomplish.

Agent “Bell Bottom”: To The Rescue!

Malignant Review: I Believed In James Wan And He Let Me Down

Cinderella (2021): Yet Another Disappointing Remake of the Fairytale