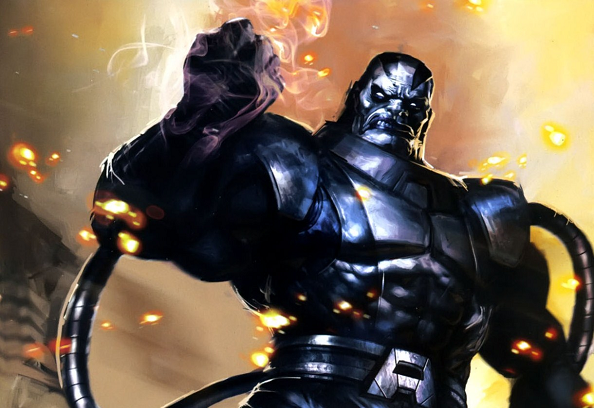 Tom Hardy as Apocalypse? Does it sound that far fetched? He’s proven himself as a versatile actor and even as a mighty villain with his role as Bane, so I think he has the cred to play the mighty Apocalypse. But with so many rumors circulating at the moment, should we be excited for a stage of being “courted?”

Tom Hardy was once rumored to be in contention for “Doctor Strange,” though he has recently been courted for WB’s “Suicide Squad” and the title role in “X-Men: Apocalypse,” so don’t expect to see him join the MCU anytime soon.

At this point things seem to point more towards conjecture and speculation rather than any sort of confirmation. Tom Hardy may not even be interested in the role and we’ve known for quite some time that in Hollywood nothing is certain until it is in writing. But with that aside, let’s talk about Tom Hardy as Apocalypse. With so many poking fun at his voice for Bane in

2 thoughts on “Tom Hardy as Apocalypse in X-Men: Apocalypse?”