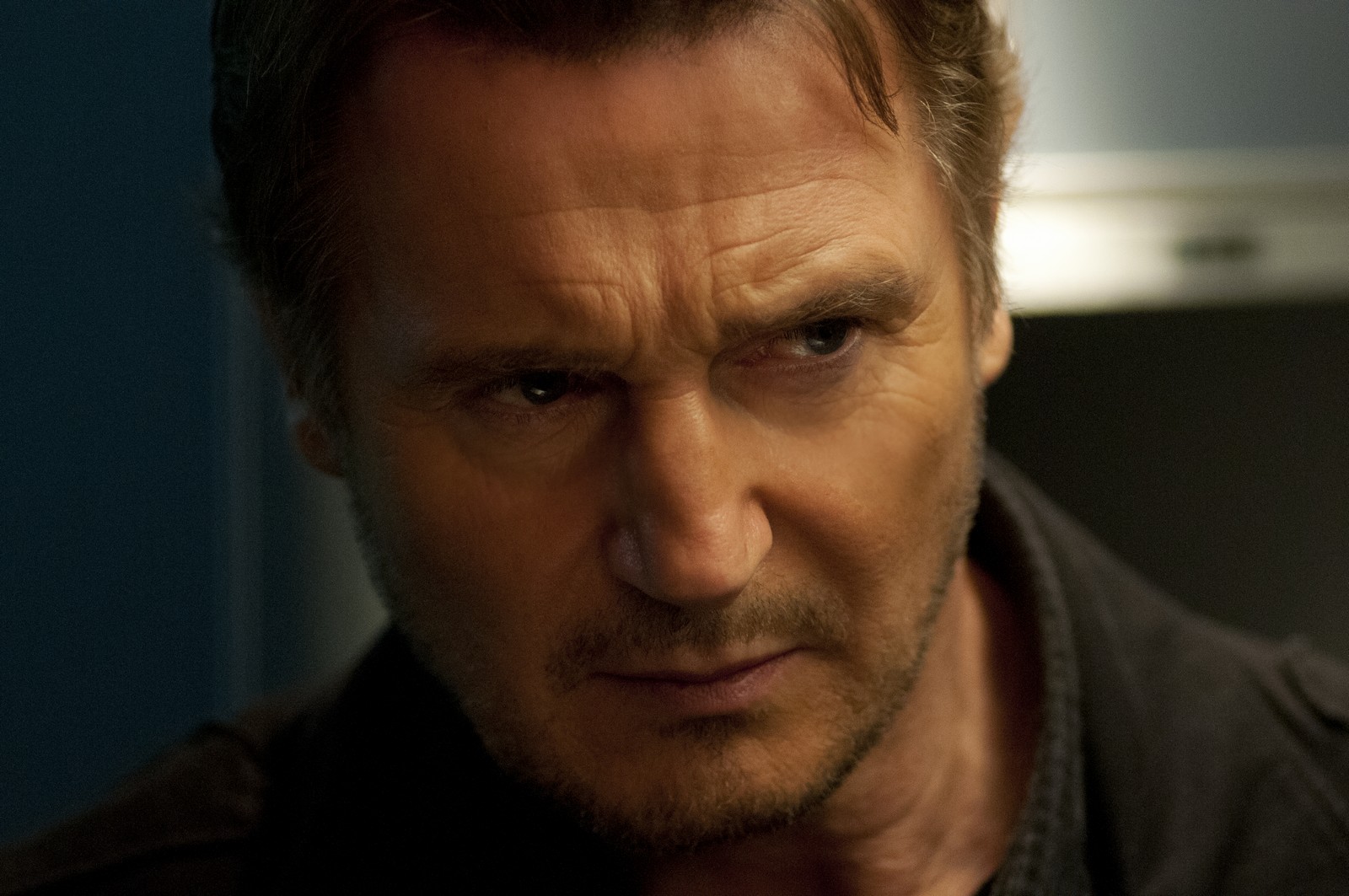 Like that clever title? I kinda do too! I just got a trailer from Universal Pictures for their new film starring Liam Neeson that takes place like 40,000 feet in the sky. Oh, and Neeson is re-teaming with ‘Unknown’ director Jaume Collet-Serra and the incomparable Julianne Moore. Check out these photos and footage they dropped in our inbox!

Global action star Liam Neeson stars in Non-Stop, a suspense thriller played out at 40,000 feet in the air.  During a transatlantic flight from New York City to London, U.S. Air Marshal Bill Marks (Neeson) receives a series of cryptic text messages demanding that he instruct the airline to transfer $150 million into an off-shore account.  Until he secures the money, a passenger on his flight will be killed every 20 minutes.  The film reunites Neeson with Unknown director Jaume Collet-Serra and producer Joel Silver, and co-stars Golden Globe Award winner Julianne Moore.