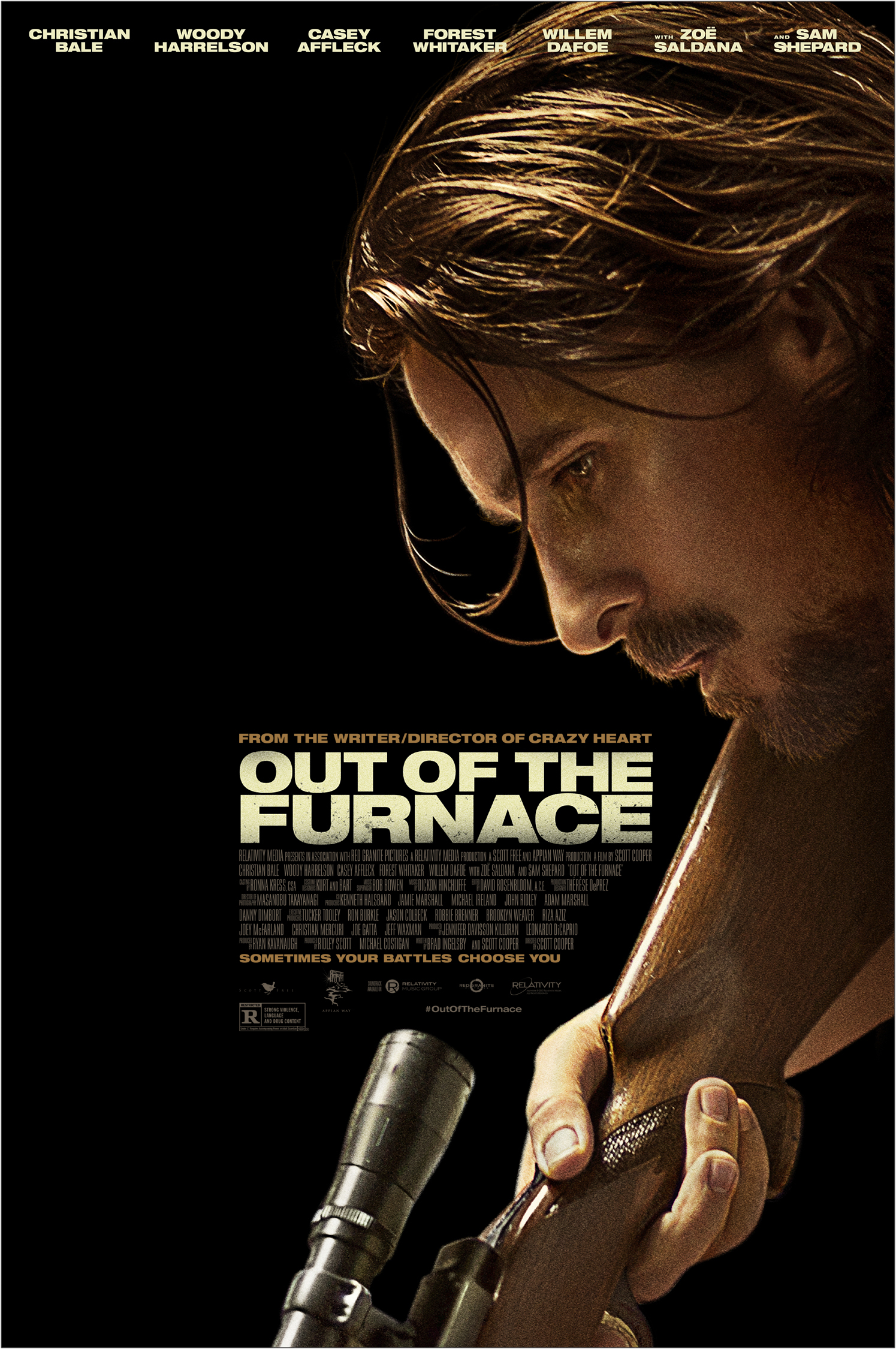 Every once in a while I have a moment when I realize that I follow a film from announcement to release and it’s hard to not have an affinity toward a film because of that. It feels like yesterday that this film ‘Out of the Furnace’ was announced and I pictured in my head what could be accomplished with such a premise and case. Today we have a trailer to replace what was imagined and it almost feels surreal. Check out the trailer for the new Christian Bale/Woody Harrelson/Zoe Saldana/Forest Whitaker film courtesy of Relativity:

From Scott Cooper, the critically-acclaimed writer and director of Crazy Heart, comes a gripping and gritty drama about family, fate, circumstance, and justice. Russell Baze (Christian Bale) has a rough life: he works a dead-end blue collar job at the local steel mill by day, and cares for his terminally ill father by night. When Russell’s brother Rodney (Casey Affleck) returns home from serving time in Iraq, he gets lured into one of the most ruthless crime rings in the Northeast and mysteriously disappears. The police fail to crack the case, so – with nothing left to lose – Russell takes matters into his own hands, putting his life on the line to seek justice for his brother. The impressive cast of Christian Bale and Woody Harrelson are rounded out by Casey Affleck, Forest Whitaker, Willem Dafoe, Zoe Saldana and Sam Shepard.

This one actually does look every bit as good as I imagined. I’m impressed.