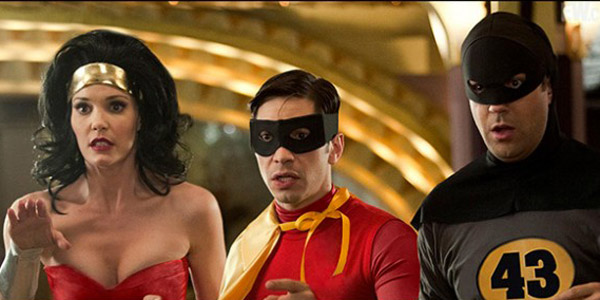 A red band trailer is now available for an upcoming raunchy comedy titled, “Movie 43.” This film has a RIDICULOUS amount of high profile stars that appear in the film and it is surprising to see some of them appear in a film like this. Take a look at the trailer below but be warned, this is not for innocent eyes.

This is one of those films that I think I will have to see for the cast list alone. To see Halle Berry and Kate Winslet in a film like this is quite a shock. Anna Faris was not a surprise with the film having a semi “Scary Movie” feel to it, but the amount of other credible actors and actresses that appear in this film is very surprising. The film looks like it will be using crude humor to gain laughs but outside of the laughter, I think audience’s desire to see this film will come from seeing prestigious actors and actresses get their hands dirty.