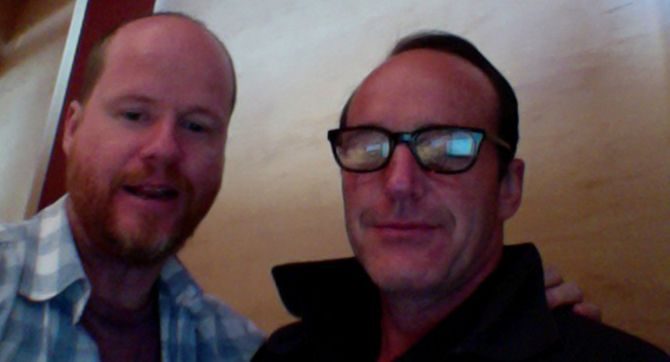 Clark Gregg has been involved in the Marvel cinematic universe since the beginning. He’s been in every Marvel film that I can remember and even a couple of Marvel shorts, that the internet seems to have forgotten, so I was pretty surprised that there might be no further adventures of our favorite S.H.I.E.L.D. agent in the future. I won’t go into excrutiating details for those who are unaware but there’s a new Marvel short, Item 47, that’s releasing with the Avengers’ home release involving a couple of S.H.I.E.L.D. agents not named Coulson. Recently the guys over at WHAT Culture had an opportunity to speak with one of the co-stars of Item 47, Maximiliano Hernandez, and quizzed him about his experience and he made the startling insinuation:

He describes his character:

“I play Agent Jasper Sitwell who in the comics was basically trained directly by Nick Fury. He’s a real comic book hero character created in the mid 60’s by Stan Lee and Jack Kirby; so it was kind of cool to play a character that really lives in the Marvel universe.”

This is where it gets juicy:

“You know, he’s been around for 40-some-odd years and they gave me the shot to play his part, to sort of like, reinterpret the guy. And in the film world I’m paired up with Clarke Gregg’s character – Agent Coulson – I’m kind of like, his protégé. I guess now, because of what happened in Avengers, I’m stepping up to fill his shoes.”

Now I assumed that the folks in S.H.I.E.L.D. were gonna transition into the announced TV show and tie in with the movie universe, somehow, and we’d probably see Clark Gregg return to television and somehow interact with and expand the Marvel cinematic universe. I don’t dislike Hernandez, I just really grew fond of Gregg and recognized the guy as a major smaller attraction for these films.

I think it’s a bad idea to remove Coulson. Why fix something that isn’t broken? He’s funny, witty, charismatic, and has pretty much established himself as a recognizable staple. Hopefully some clarification from the actual decision makers will be released in the near future about the fate of Agent Coulson and whether or not Sitwell is the new Coulson.

2 thoughts on “No More Agent Coulson?”