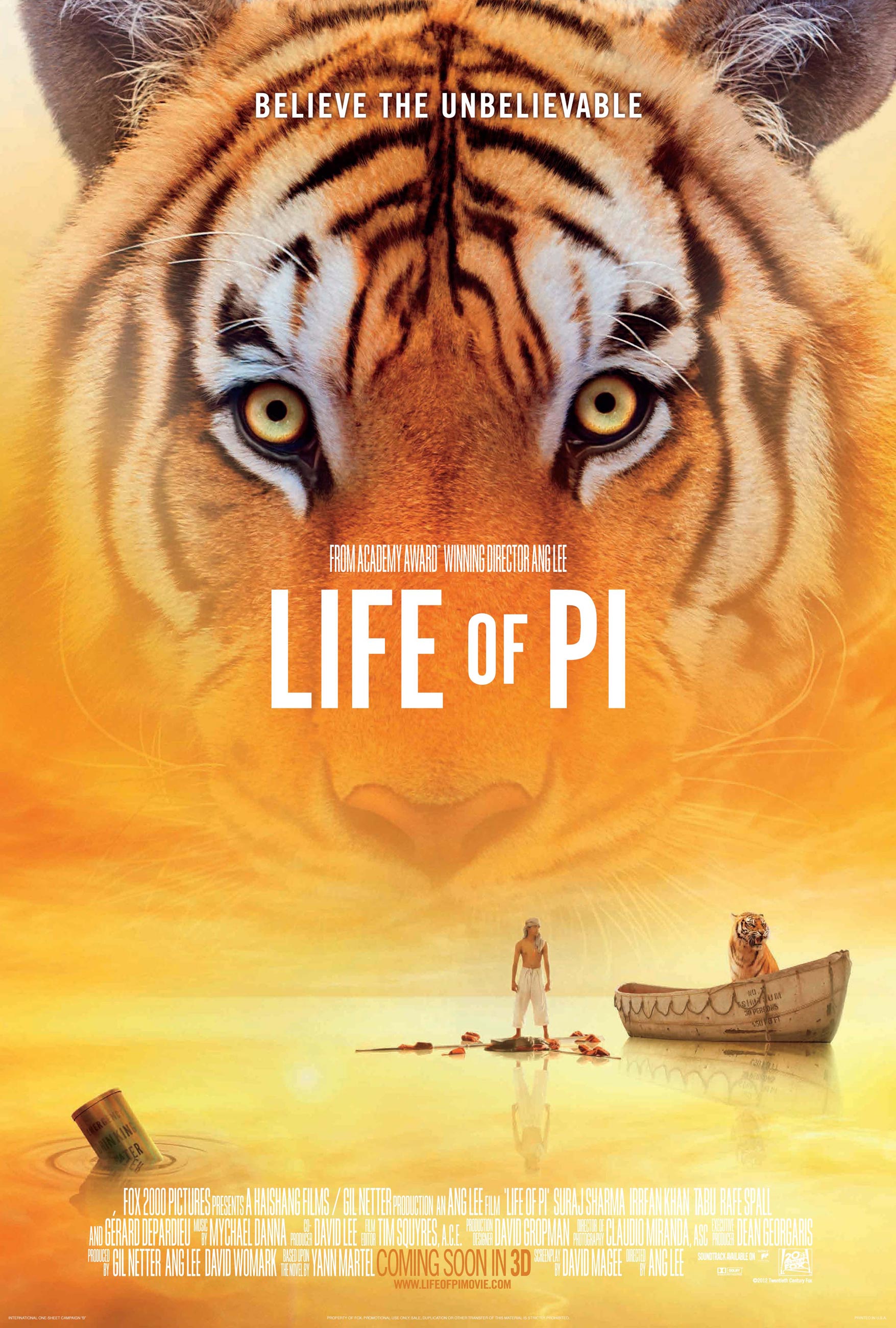 Ang Lee’s “Life of Pi” is the next moderately sized and incredibly interesting film that’s seriously on my ‘radar’. No, Resident Evil doesn’t count. This particular film is one that actually enticed me enough to wiki information on the book on which its based, which is a huge step for me! I’d rather let a movie stand on its own but I had to know what was going on with a the Tiger on the Boat and discovered the surreal reality that this film inhabits. The next poster for the film has been released and while it’s replying on imagery that’s familiar it’s not as much as a negative criticism as much as it’s an observation based on my unwavering interest in the film.

As for the poster itself? I can’t believe I’m saying this but I actually love the poster with the floating head. Granted it’s a floating tiger head and melds perfectly into the sunset motif they have going on in the background but it’s still a floating head poster. And I love it.