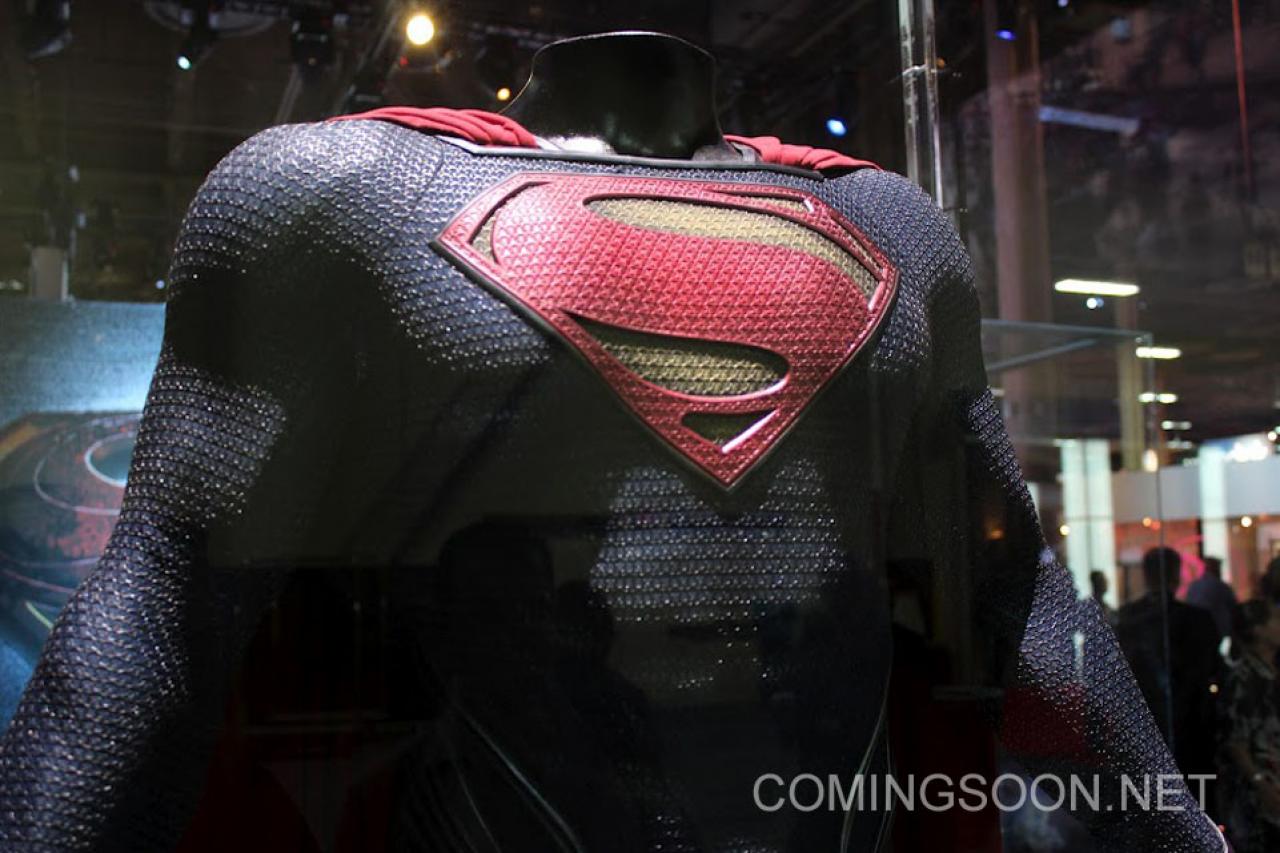 The Man of Steel is shaping up to make a huge impact on our outlook on the Superman character. The creators have been working hard to distance themselves from what we’ve seen in the past and hope to show us something new and appreciable with director Zack Snyder’s approach to the character. One thing that was released early on was a promotional image to show us that this Man of Steel will be sporting a new look from what we’ve seen in the past and now we are being treated with an up close and personal look at his attire and that of other Kryptonians in the film.


There are things I like and things I don’t like. I’ve quietly been a fan of the update of the crest of El, (the chest icon), and I like the texture given to Superman’s uniform/costume. Another thing I like is that the colors have really been dulled giving everything an overall pleasing aesthetic visually. The most appreciable image is that of, presumably, Jor-El’s which shows a great amount of detail and intricacy to the alien attire. It seems very Lord of the Rings inspired but in a very good way.

There are more images of promotional materials for other films at the source link. That’s all for now…

4 thoughts on “These are our Man of Steel costumes”