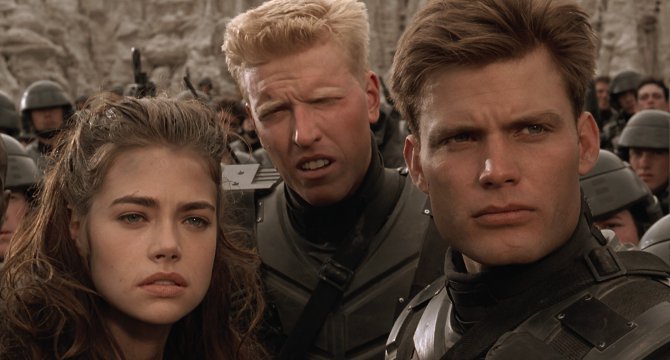 The remake wheels are spinning again over at Sony and this time the lucky movie is cult classic and TMB fan favorite Starship Troopers.

Sony Pictures and producer Neal Moritz (Fast Five, The Green Hornet) feel no is the right time to reboot the Paul Verhoeven’s 1997 sci-fi film Starship Troopers. which was based off of the classic 1959 military sci-fi novel written by Robert A. Heinlein.

There are few words that can quite justify the feelings that are stirred when reading this news, and most of them only have 4 letters. I’m sure many readers will feel the same way and start numerous protests to prevent this movie from being created. There’s always the possibility that this too soon remake could outshine and eclipse the original movie, but I’ll reserve judgement either way until more news is available.

Celebrating 83 Years of The Wizard of Oz