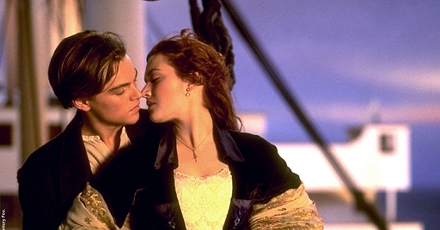 Titanic was a monumental achievement of technology and film as a medium when it was initially released in 1998, and went on to earn almost 2 billion dollars in gross revenue.

Today the trio announced that TITANIC will be re-released in theaters on April 6, 2012 in 3D…

The release will mark the 100th anniversary of the Titanic setting sail, which took place on April 10th, 1912. Cameron first announced the news back at the 2009 Comic-Con and has been working on the 3D conversion since.

Says Cameron of the re-release: “There’s a whole generation that’s never seen ‘TITANIC’ as it was meant to be seen, on the big screen. And this will be ‘TITANIC’ as you’ve never seen it before, digitally re-mastered at 4K and painstakingly converted to 3D. With the emotional power intact and the images more powerful than ever, this will be an epic experience for fans and newcomers alike.”

It comes as little surprise that the folks at Fox and Paramount are interested in letting Jim Cameron post convert the movie into 3D to try to re-create the undeniably epic sea of women, men, children and pets repeatedly shouting that they’ll never let go at local malls, schools, post offices, and most of Time Square.

Storytelling in Games – What Works and What Doesn’t?

WandaVision Spoiler-Free Review: Love the Show But Hate The Marketing