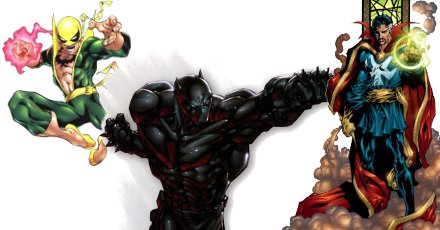 Some of us hang on every word spoken by those behind the scenes of our favorite Marvel movies, and read into every animated release as a testing ground for feature films. One character, besides Ant-Man, that has been repeatedly mentioned for a feature film treatment is that of the character Dr. Stephen Strange and today we learn that an executive at Marvel studios, Kevin Feige, still has this character in mind post-avengers.

The Avengers is the next big step. Once all these characters come together, it’s the culmination of all that has come before. It launches a new era and a new time in the history of our films. Not only will it be the first film that our new home studio, Disney, will be distributing, but it will also renew each of these characters and launch them into their own franchises, starting with the second film to be released by Disney, Iron Man 3…

…Thor will go off into a new adventure, and Captain America will continue to explore the modern world in another film of his own. We hope that holds true for the characters appearing in that film – Black Widow, Hawkeye, and the spy organization, S.H.I.E.L.D. – all of whom are more than worthy and capable of carrying their own films. And, we’ve got a lot of other characters we’re prepping and getting ready for film debuts: the world of martial arts, these great cosmic space fantasies, Dr. Strange, and the magic side of the Marvel Universe. There are many, many stories to be mined.

Hmm, looks like he also clarified the direction of the next Captain America movie in addition to name dropping Dr. Strange. He also mentioned martial arts and cosmic space fantasies which immediately brings to mind the adventures of Iron Fist, the Inhumans, and possibly the Black Panther. There’s a lot of elbow room for speculation in his statements but I’m really getting the impression that they have every intention of busting the Marvel universe wide open and letting it spill all over the silver screen. I for one think that it’s about time!

12 thoughts on “After the Avengers movie…”